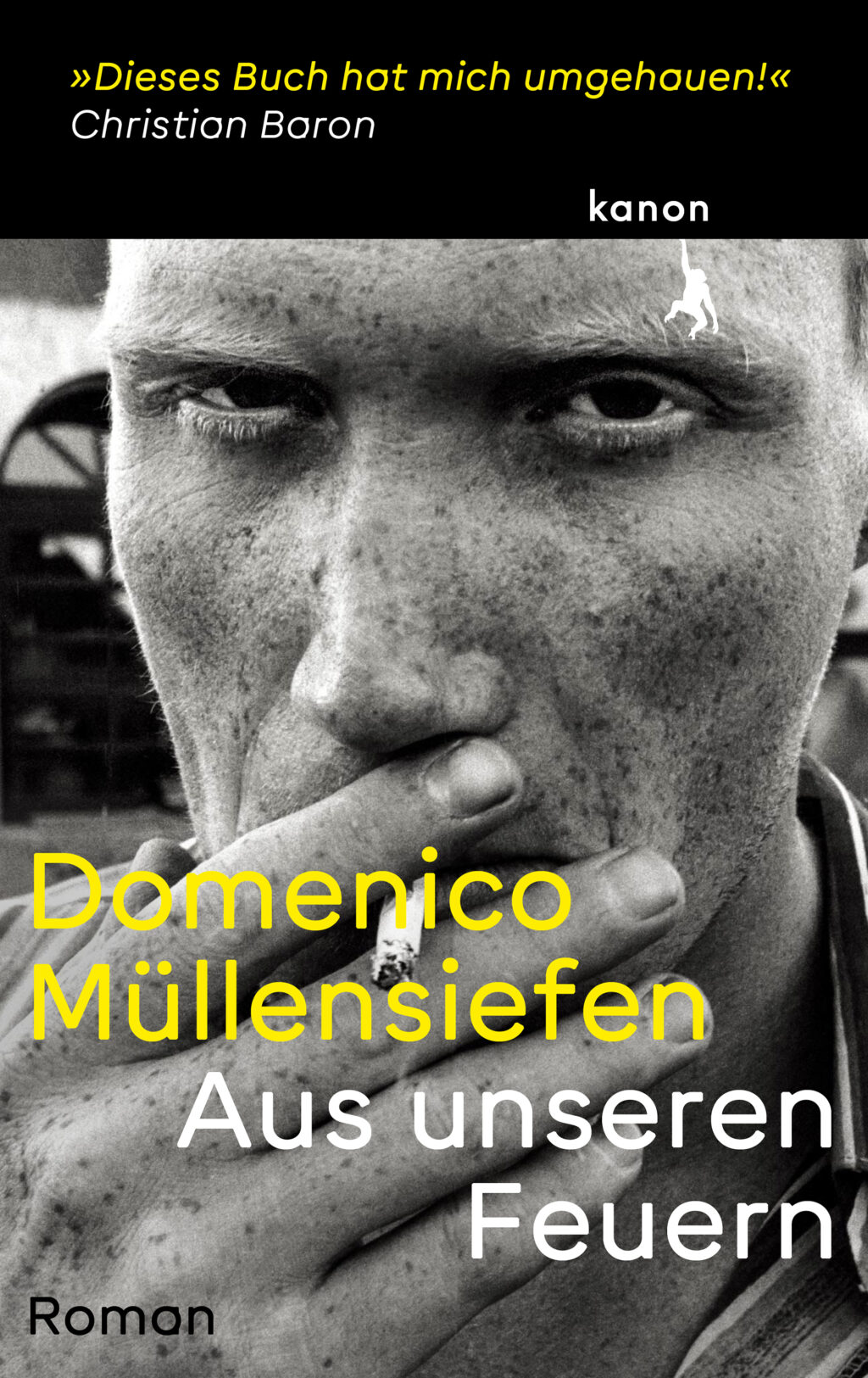 Domenico Müllensiefen’s compelling debut is a coming-of-age story about a teenager growing up in East Germany after reunification. By turns desperate and funny, the first-person narrative focuses on the significance of friendships as well as the social barriers encountered by the protagonists.

Aus unseren Feuern explores the ongoing divisions between ‘Ossis’ and ‘Wessis’ after reunification. The book reveals the deep frustrations and resentments on both sides, as well as the lack of chances and prejudices faced by those from the former East Germany. Müllensiefen questions the possibility of ‘reunification’ on the human level, suggesting that insurmountable differences will always remain, but his dry sense of humour ensures readers are entertained throughout.

The novel’s protagonist is Heiko, who works as a funeral assistant, preparing bodies for cremation or burial. One day he realises that the casualty from a road traffic accident is his old friend Thomas, who has died in an unexplained accident in Heiko’s old car. The accident triggers memories of their teenage friendship. Together with a third boy, Karsten, the boys were inseparable and would drift around together, not quite knowing what to do or where to go, and continually getting up to mischief.

During those years, Karsten developed a knack for building bombs and, motivated by their frustration and boredom, the trio set fire to several public building. Karsten had built one last bomb, but had never told his friends where he had hidden it before emigrating to the US. He was the only one of the three boys who managed to get out of the rut the former GDR had turned into for many young people.

The three friends, formerly thick as thieves, lose touch, until Thomas’s death stirs everything up again, particularly the question of where Karsten hid his last bomb which he named ‘Aus unseren Feuern’, (‘Rising from our fires’) – the title of the novel. The bomb goes off at the end of the novel, during the final in the 2006 football world cup in Germany. Karsten, still an arsonist, is in the US, Thomas is dead, having probably committed suicide while driving, while Heiko remains in his job, passive, subdued, compliant, and smoking endless cigarettes.

The novel gives a vivid picture of life in the former GDR after reunification. Heiko’s detailed descriptions of daily life build a complete visual, oral, and tactile impression of every scene, so that the reader is drawn in and inhabits the narrative. At the same time his detachment and estrangement from his own life offers an alternative perspective which completes the picture of what it was like to grow up during this unique historical period.

Domenico Müllensiefen was born in Magdeburg in 1987, and after training as a systems electronics technician studied at the German Literature Institute in Leipzig, while also working as a mortician. He was co-editor of the anthology Tippgemeinschaft (tr: Syndicate). Aus unseren Feuern (From Our Fires) is his first novel. Müllensiefen lives in Leipzig and works as a construction manager.