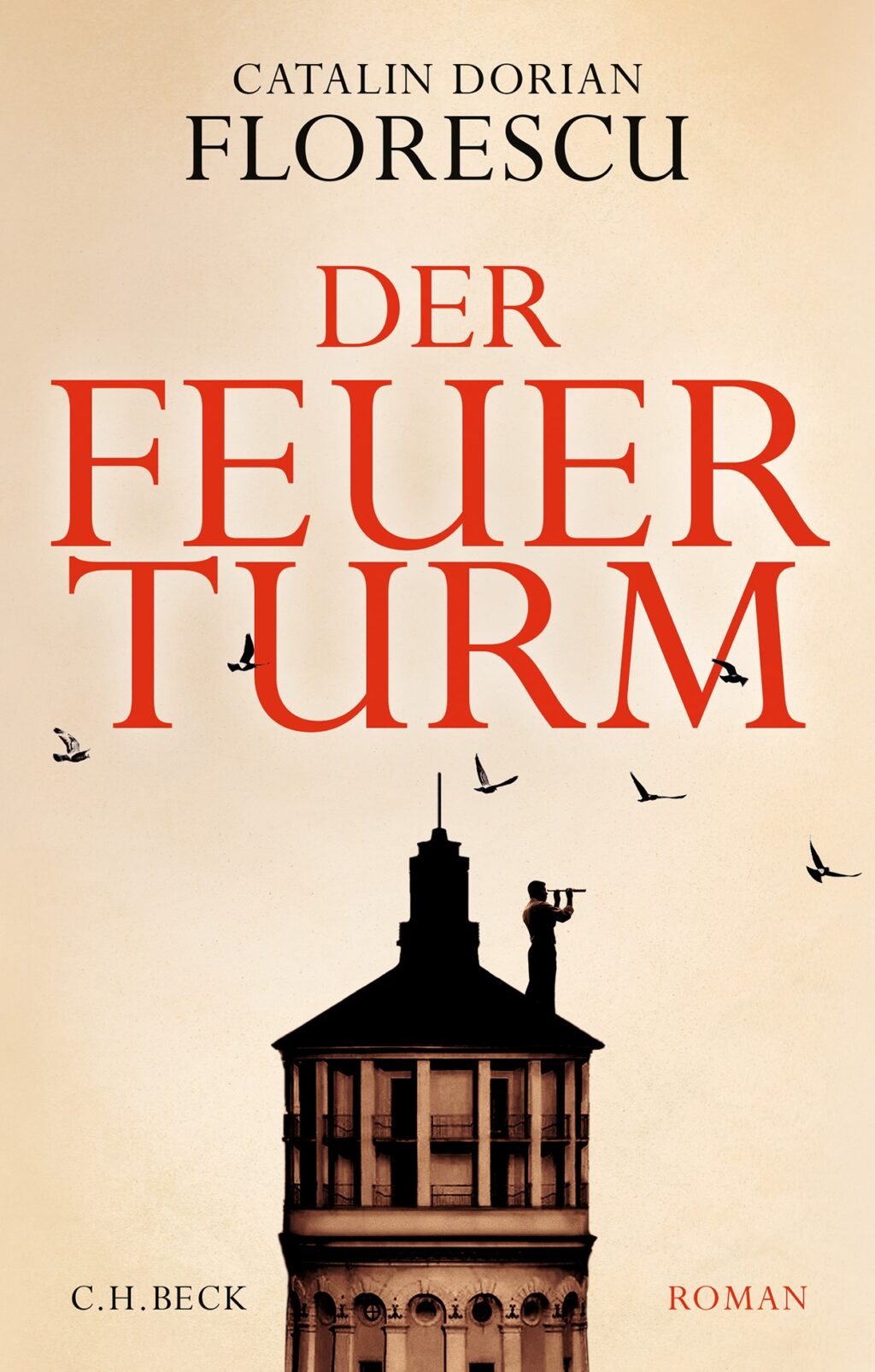 A lucid and accessible multi-generational saga of a family of firemen in Bucharest, spanning over a century of Romanian history, and emphasising the relentless march of history, shifting perspectives and a sense of resilience through time. With a sweeping range of characters and events and its motif of the fire tower refracted through multiple timeframes, Florescu’s novel is reminiscent of Seehalter’s Ein Ganzes Leben, William Golding’s The Spire and Koestler’s Darkness at Noon.

The Fire Tower broadly follows the fate of narrator Victor Stoica’s family from 1892 to 1989. However, the novel starts with the 16th-century legend of Iane, who warns the inhabitants of Bucharest of the coming Ottoman invaders, is vilified and imprisoned, and eventually assumed to perish as the town is burnt to the ground.

In 1892, Darie, the narrator’s grandfather, hears the tale as a young boy from his own grandfather, Grigorie. Girgorie and Darie’s father Vasile are fireman who have been involved in heroically overcoming major fires in the city throughout the nineteenth century. Indeed, the king has invited Vasile to take charge of the newly built fire observation tower which was the tallest building in Bucharest at the time. Over the next four decades, the family expands rapidly, and as Romania oscillates between monarchy, liberal parliamentary monarchy and fascist authoritarian state, political tensions spill into the family. Family members experiment with socialism and fascism, but remain principally invested in conservatism and a belief in law and order that is rooted in their vocation. The fire tower oversees all these events, as a place of family and city-wide traditions; funeral processions come to circle the tower.

The narrative oscillates between timeframes and generations, but its final stages focus on Victor’s own fate in communist Romania. The first in the family to reject a career in the fire service, he studies history but is betrayed by a family friend and is interrogated and sent to prison for eight years. Following his release, he marries and has a daughter but is too scarred by his experience to find a lasting vocation or a sense of optimism. Time marches on, however, and Der Feuerturm concludes with the beginnings of the popular revolt that would bring down the communist regime, with protestors sheltering in the fire tower that has now become a museum.

Moving between multiple perspectives and the third and first person, Florescu’s fluid, accessible and evocative prose captures the arc of history and its impact on individuals, interleaving betrayal, cynicism, humour and humanity. The imagery reinforces the sense of perspective, with contemplation of the views from the top of the tower provoking questions about human ambition, how far we can control what happens to us, and the limits of our ability to deal with it when it does.

Catalin Dorian Florescu is a previous winner of the Anna Seghers Prize and the Swiss Book Prize.

Catalin Dorian Florescu was born in Romania in 1967 and spent his childhood under the communist dictatorship. In 1982, the family escaped to the West. Since then, the author has lived in Zurich, where he studied psychology. For several years he worked in the field of drug addiction and trained in Gestalt therapy.

Since December 2001 he has been living as a freelance writer. In 2019 he was on the Danube as a “literary sailor”. He has spent a further year working as a therapist. He has written seven novels, among others – a selection: “Wunderzeit”, “Zaira”, “Jacob decides to love”, “Der Mann, der das Glück bringt”, all but the first published by C.H.Beck. His most recent work is “The Tower of Fire”, 2022, in the same publishing house. Most important literary awards: Swiss Book Prize 2011, Anna Seghers, Josef von Eichendorff and Andreas Gryphius Literature Prize. In Romania, he was awarded the Cavalier Medal for Cultural Merit.