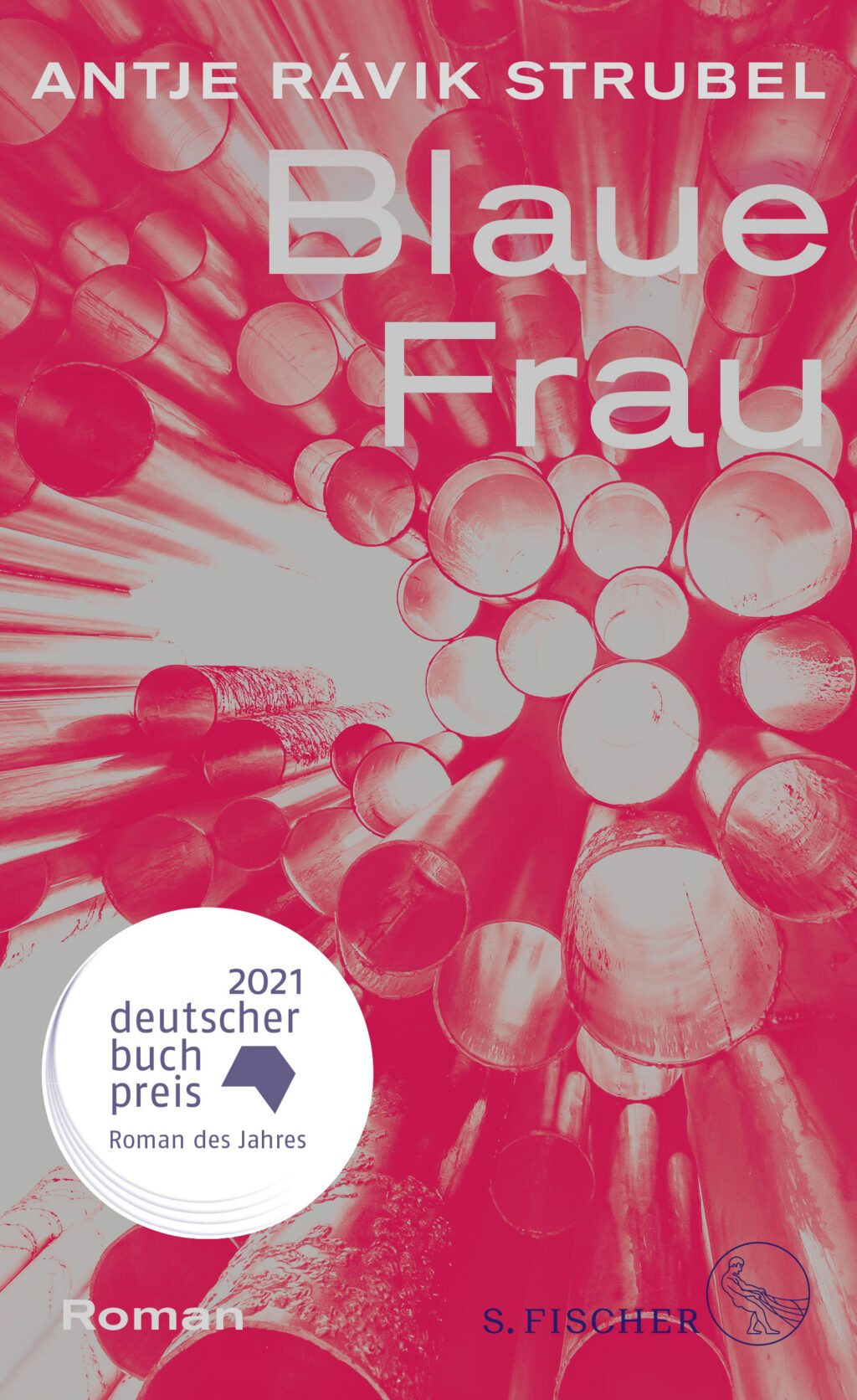 Antje Rávik Strubel won the German Book Prize 2021 with Blue Woman, a complex and multi-layered novel with poetic use of language. Interwoven with reflections on cultures of memory and political power in Eastern and Western Europe is the tale of a young woman trying to deal with the trauma of having been raped: to take back her own agency and to go on living.

Adina was the last teenager to grow up in her village in the Czech Giant Mountains, and even as a child, she longed to get away. While attending a language course in Berlin with a view to becoming a student there, she meets a photographer, Rickie, who gets her an internship in an up-and-coming arts and leisure centre in the Uckermark in north-east Brandenburg.

Traumatised by a rape that no one takes seriously and that somehow renders her invisible, Adina travels northwards across Europe to Helsinki, seeking refuge. She works illegally in a hotel and meets Professor Leonides, an Estonian Member of the European Parliament, who falls in love with her. While he campaigns for human rights, Adina searches for a way out of her inner exile and the speechlessness that has resulted from the rape, attempting to find a language for what has been done to her and to take back control of her own life.

The narrative is interspersed with lyrical discussions between a first-person authorial narrator and the ‘blue woman’, whom she meets in a harbour in Helsinki, exploring ideas about writing, the empowerment to tell stories and the nature of storytelling itself.

The novel interweaves a range of narratives and perspectives, shifting between Germany, Helsinki and Adina’s childhood village, and slipping backwards and forwards in time as Adina processes what has happened to her. Bringing in perspectives other than Adina’s enables Strubel to add richness to her exploration of who is allowed to have a voice.

Adina first appeared as a character from Strubel’s earlier work Snowed Under, translated by Zaia Alexander and published by Red Hen Press in 2008, but her story in Blue Woman is a standalone narrative. Reflecting her struggle to find her way back to herself, Adina isn’t immediately accessible to the reader as a character – but her resilience throughout the novel is appealing and engaging.

Exploring questions of identity, reinvention and transformation in contemporary Europe, Blue Woman is a striking and poetic novel which will appeal to readers who enjoyed Eimar McBride’s A Girl is a Half-formed Thing.

You can read a translator’s note by Zaia Alexander, the translator of the sample from the novel, here. 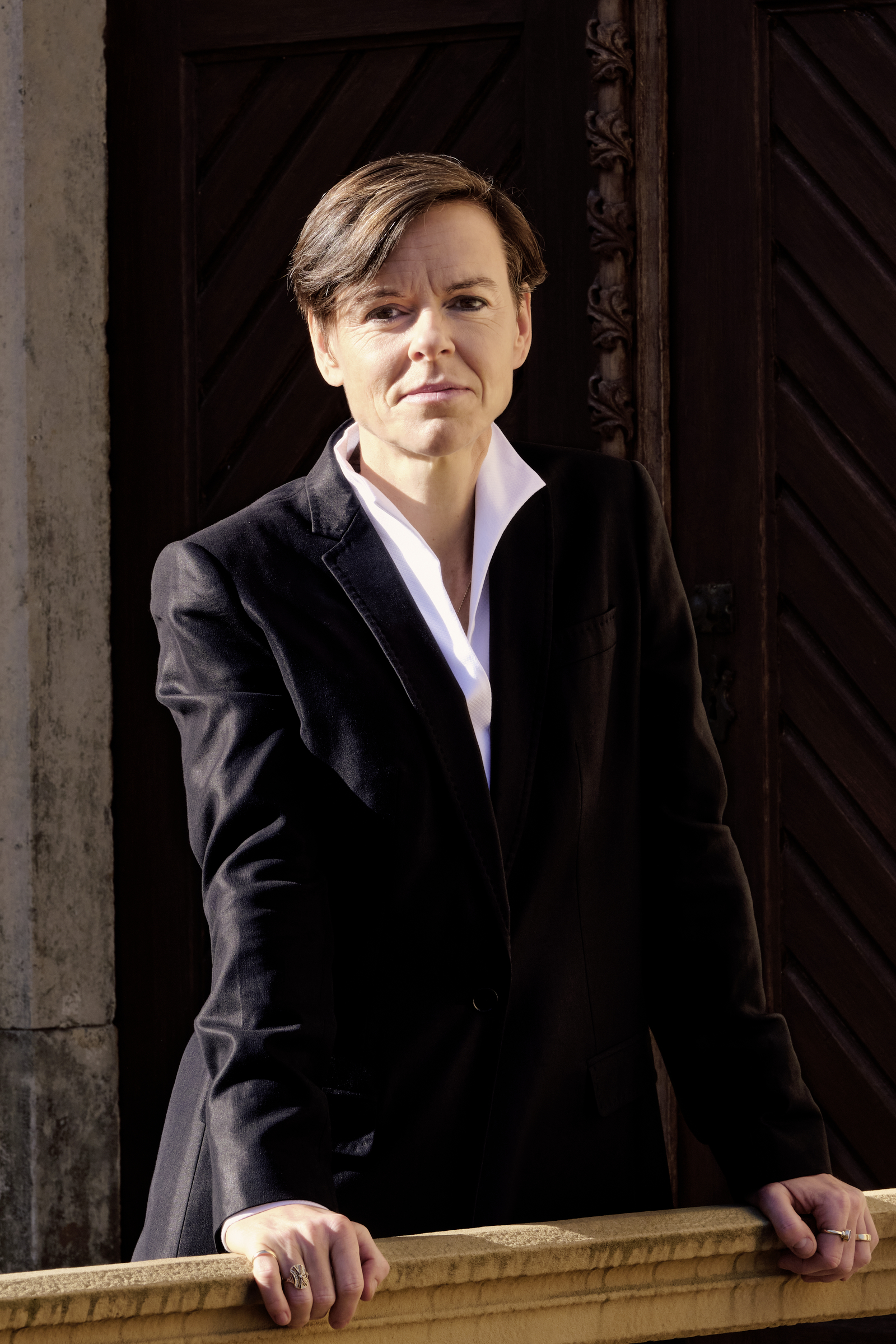 Strubel was selected as the first Writer in Residence at the Helsinki Collegium for Advanced Studies. In 2019, she won the Preis der Literaturhäuser. Her novel Blaue Frau (Blue Woman) won the German Book Prize 2021. She is also a sought-after translator from the English and the Swedish. Authors she has translated include Joan Didion, Lena Andersson, Lucia Berlin and Virginia Woolf. She lives in Potsdam.