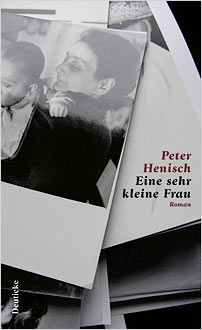 Strolling once more through the once familiar streets of Vienna, after twenty years in the U.S.A., Paul Spielmann, a sixty-three year old literature professor and writer, suddenly stops. Could the old grand piano which he sees in the window of an antique shop be the one which once belonged to his grandmother, and which he remembers so vividly from his childhood? It certainly looks like it, and all at once he remembers how, as a boy, he used to sit underneath the instrument while his short-statured grandmother played, her feet dangling in the air. It was she, this grandmother, who introduced him to classical music, but she also who took him on long walks through the still bomb-damaged city of the late 1940s, telling him stories the subjects of which ranged from Moses to Beethoven, from Vienna under the Turks to fairy tales, and – most important of all, perhaps – the plots of novels and plays she had read, from Hamlet to Faust and Gone With the Wind to Grand Hotel. And now, over half a century later and with his grandmother long since dead, Paul decides to write a story she never really told him, the story of Marta Prinz, the beloved grandmother, herself.

Starting from the 1890s, the decade of Marta’s birth, tracing the anti-semitic outbreaks of the early twentieth-century during which Marta’s Jewish family converted to Roman Catholicism, charting the course of her two marriages, the first to a Czech hairdresser, the second to a Nazi street-brawler, then, finally, recreating in graphic terms the Anschluss, the Second World War itself, and the strange twist of fate by which she managed to survive so much, this is a book about memories and stories, the stories we tell and the ones we keep quiet about, the fictitious ones and the real, the ones we lived before and the ones we inherit, all evoked by the cleverest of juxtapositions between Vienna then and now. This is a beautiful and brilliantly evocative book, a true spellbinder.

Peter Henisch was born on 27 August 1943 in Vienna. At university he studied German, philosophy, history and psychology and later co-founded the left-wing magazine Wespennest. Since 1971 he has been living and writing in Vienna. This novel was long-listed for the German Book Prize 2007.

Deuticke Verlag along with Paul Zsolnay Verlag has been part of Carl Hanser Verlag in Munich since 2004. Deuticke was founded in 1878 in Vienna. Initially the firm focused on non-fiction (including Sigmund Freud’s book on dreams in 1900 and much later, in 2001, the international bestseller ‘Blackbook on Brand Companies’). In recent years Deuticke has established itself as a publisher of fiction by internationally renowned and contemporary authors, among them Iris Murdoch and Lily Brett, and Austrian writers such as Paulus Hochgatterer, Daniel Glattauer and Michael Köhlmeier.