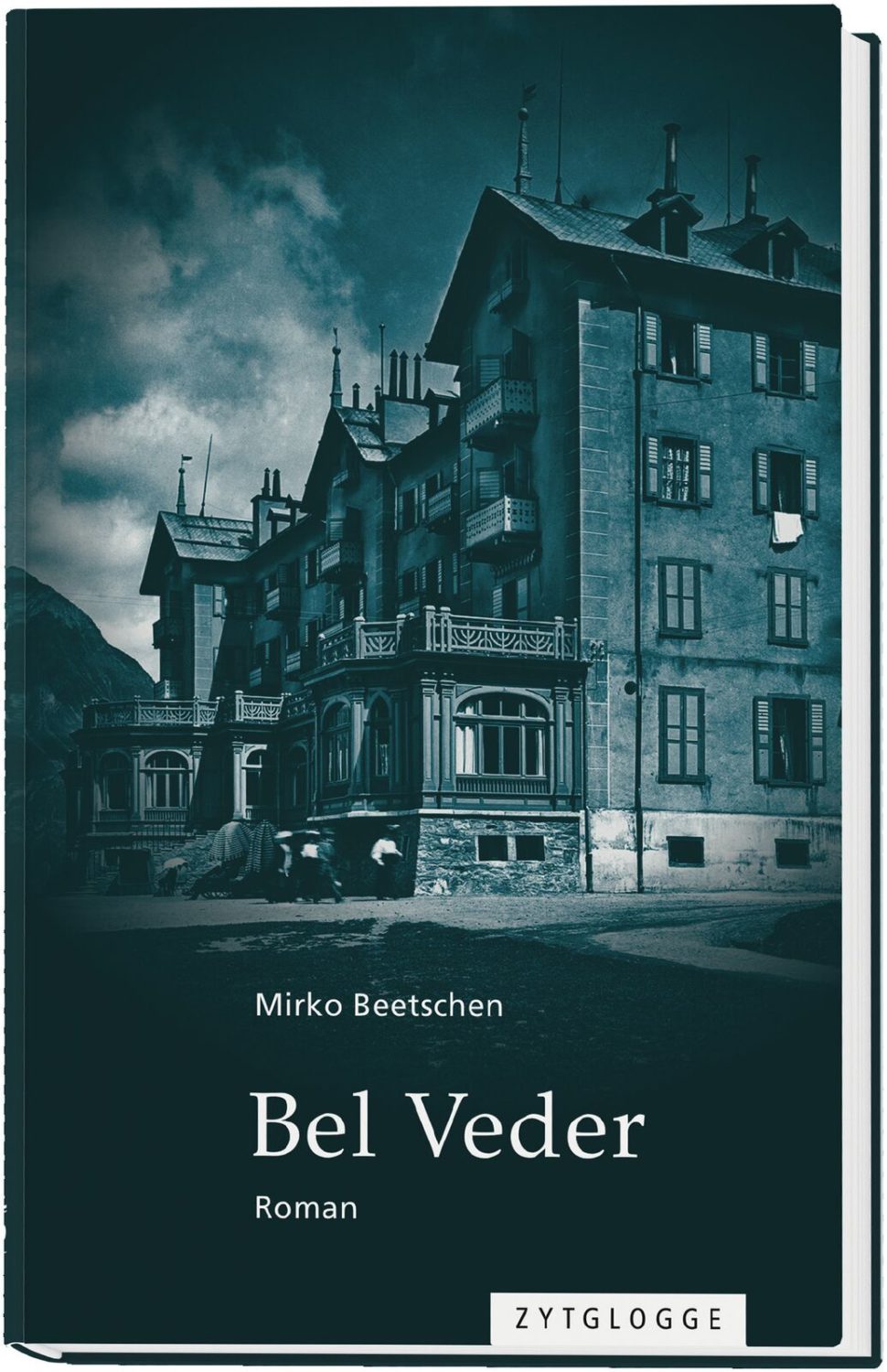 Mirko Beetschen’s Alpine thriller is teeming with elements from a classic Gothic ghost story. Five characters meet in a remote hotel that has stood uninhabited for the last twenty years, high up on a Swiss mountain. As the tension between them grows, and one is murdered, they are cut off by heavy snow. While there are echoes of older writers such as Edgar Allen Poe and Agatha Christie, or Henry James in The Turning of the Screw, there are also similarities with contemporary voices including Kate Mosse in Labyrinth and Susan Hill.

In 1946, three cousins, hitherto unknown to each other, are summoned by their grandfather’s lawyer to hear the reading of his will and find out which of them will inherit his hotel, Bel Veder. The grandfather, Arnaud Bartholomé, is presumed dead, although his body has never been found. The cousins are Viktor Dumont from French-speaking Switzerland, who assumes that he will inherit the hotel, accompanied by his fiancée, Claire; Margit Madelung, a violinist from Berlin; and Eleanor Dumont from Baltimore in the USA, who is of a nervous disposition and from whose perspective the story is mainly told.

The sinister atmosphere in the hotel is intensified by the threatening appearance of the mountains that loom over it. Viktor cooks elaborate meals for them all, but Eleanor is so unnerved by the atmosphere that she can hardly eat. They are joined by Eleanor’s friend and psychiatrist, Allan Willoughby. Papers they discover in the grandfather’s desk reveal a murky past: his father, who was originally from the village below, had joined the French foreign legion, been wounded, then escaped to Mauritius where he made his fortune as the owner of a sugar plantation based on slave labour. When he returned to the village ten years later he brought with him a former slave, who was reputed to have used black magic to help him build the hotel. His son, Arnaud, is revealed as a tyrant who murdered his wife, as witnessed by his daughter. Meanwhile both Arnaud’s sons had committed suicide, the cousins learn.

Eleanor tries to ignore her premonitions, but is pursued by the vision of an old, malevolent man. One death is followed by another. Margit is drowned as she and Claire try to escape in the snow. Victor is killed by Claire, probably by mistake. The heart-stopping moments in the narrative come thick and fast.

Bel Veder is a page-turner with a classic feel, yet set apart by its sinister setting in the atmospheric Swiss mountains.

Mirko Beetschen was born in 1974 in Interlaken, Switzerland. He studied British and American literature, media studies, English linguistics and German in Bern. He now works as a freelance journalist and is co-owner of the company Bergdorf AG. His novel Bel Veder was published by Zytglogge in 2018.