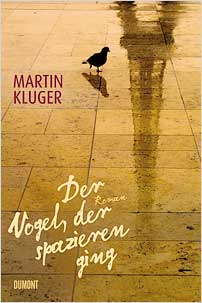 ‘Incredible as it may seem, there was life before the persecution, before the camps, the extermination, human life full of the usual human faults, hurts, and muddles’, announces one of the characters in this very specifically focussed study of members of an extended Jewish family over several generations up to the present. And the Jewish context is vital if we are to get to the controversial, striking core of the book. It is this often discreditable pre-Holocaust narrative which the principal characters seek to pick up and reconstruct from the post-Holocaust snippets around them, knowing that the next generation will do the same for them and their differently dysfunctional lives. Retiring to presentday Israel will strike many readers as a problem, not a solution; and returning to the notional faith of one’s fathers is an ambivalent climax, to say the least. But for Sam, the main character, it represents loving family security and cultural identity, previously neither known nor valued.

Basically, Sam’s memories cover his father Yehuda Leiser, shut in the role of famous thriller writer Jonathan Still and of his detective ‘hero’, Paul Perrone; his maternal uncle and protector Meyer Mushkin; Leti Weintraub, the Uruguyan film-maker who is his first love; Ashley, their daughter; and Elizabeth (Zab), his Spanish second love. Leti’s father, and Dina Rosen, an old lady who has known Sam’s grandmother, are minor characters with important functions in the group; in a different way, so are certain older characters (e.g. Sam’s mother and grandmother) who as ‘myths’ represent the dead of the Holocaust, and the mild-mannered Germanist Bruno Fetterly, whose research trip to Weimar includes digging the ‘truth’ about Sam’s mother from Stasi archives. The line is eventually completed by Ashley’s daughter Mali, growing up in Israel with a stable family, her name perpetuating that of her murdered grandmother.

Obviously, this book makes many demands on readers, but it rewards their efforts and is a pleasure to read. And the discovery that one’s dear relations lost behind a frontier are suddenly here in all their grotesque awfulness is not confined to Jews, as many an emigrant can testify.

Another very fine novel from the author of the acclaimed Die Gehilfin (‘The Assistant’, 2006) which we’d urge publishers to look at again with this one.

Martin Kluger was born in 1948 in Berlin, where he lives today. In 1998 he produced a novel, Die Verscheuchte, followed by three subsequent books, all published by DuMont: Abwesende Tier (2002), Die Gehilfin (2006) and a collection of short stories, Der Koch, der nicht ganz richtig war (2006).