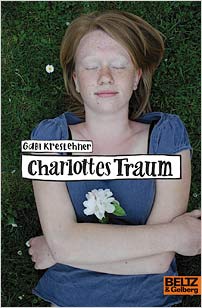 Following the discovery that her husband is having an affair, Charlotte’s mother leaves the family home with her three children, swapping life in a swanky suburban house to share her own mother’s cramped, terraced home. Initially Charlotte’s mother gives in to depression and the lure of daytime TV, but soon pulls herself together and gets herself a job, leaving Charlotte with the main childcare duties. As a result, Charlotte is unable to pull her weight at school and has to repeat the year, thus robbing her of the last vestiges of ‘belonging’. The tragedy of leaving her home is exacerbated by being in a class with younger, unfamiliar children.

In her new class she gradually becomes friends with the boldly mischievous Sulzer, and the new boy, Carlo, as well as one of the ‘princesses’, Hanna. Against a backdrop of dealing with her father’s inadequate interest in his children, her mother’s getting a new boyfriend, and her father’s girlfriend having a baby, Charlotte develops friendships outside of the home. She learns to take her feelings more seriously, but also to appreciate that others, even adults, have feelings too. And she falls in love for the first time – with Carlo.

By the end of the story the reader has come to realise that Charlotte has taken responsibility for herself as she decides to follow to Carlo to Italy, where he is visiting his family. She is not rejecting her own family, but embracing the idea of loving someone and leading an independent emotional life. Her mother asks if the trip is intended as a punishment for the year of upheaval and uncertainty, but Charlotte says it is not about her parents but herself: she positively wants to be with the boy she loves.

Kreslehner uses Charlotte’s story, narrated by herself, to bring up a number of themes important to teenagers and particularly those from multiple households. Avoiding didactic judgements on the one side and sentimentality on the other, she simply aims to show a teenager finding a path through difficulty to personal fulfilment. And in so doing creates a rounded world of teenage relationships and experiences.

A prize-winning work in Germany, the book deserves the same success here.

Gabi Kreslehner was born in 1965 and lives with her family in Ottensheim, Austria. She works in education and writes for both young people and adults. For Charlottes Traum, her first novel, she has received numerous prizes and accolades, including the 2009 Peter Härtling Prize, the 2008 Hans im Glück Prize, and the 2008 Steiermark Prize for Young Adults’ Literature.

Beltz & Gelberg is the children’s book division of the Beltz Verlagsgruppe, the publishing venture which was established by the printer Julius Beltz in 1868. Beltz & Gelberg was set up in 1971 by Hans-Joachim Gelberg and has offered a rich range of children’s literature ever since. The Gulliver paperback imprint was founded in 1984. In 2002 Beltz took over the book rights of Middelhauve, and two years later initiated the paperback series MINIMAX.