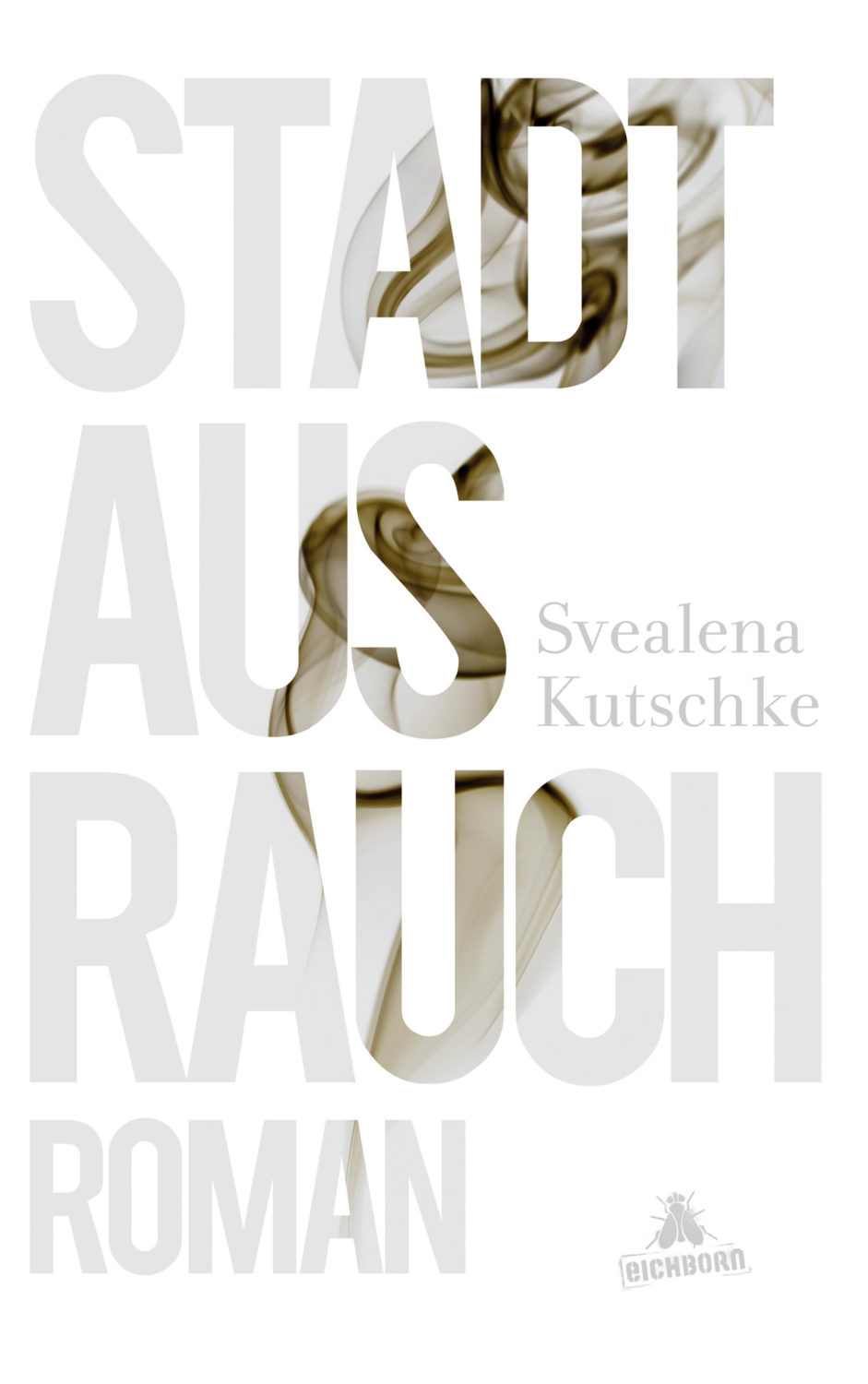 City of Smoke is a rollicking, magical-realist tale – the story of three generations of women who pass down calamity to their daughters.

Svealena Kutschke has a magisterial storytelling talent and City of Smoke can justifiably claim to be a modern Buddenbrooks, with many parallels between her novel and Thomas Mann’s classic. Both books are set in the ancient, picturesque city of Lübeck, a city that throws itself at Hitler’s feet and is plagued fifty years later by neo-Nazi anti-Semitic violence.

In 1990s Lübeck, young Jessie Mertens seeks release from the tragedy that has weighed upon her family since the birth of her grandmother, Lucie. The daughter of the painter Michel Mahler, Lucie is born in 1908 in the most extraordinary circumstances, after her heavily pregnant mother commits suicide by throwing herself into the River Trave. Following her miraculous survival, Lucie grows up in extreme poverty in the backyards of Lübeck. She finds work in the city theatre and falls in love with Christoph. Hitler’s rise to power places a great strain on their love because Christoph – who was previously unpolitical and only interested in art – becomes an ardent Nazi. The incorruptible and forthright Lucie is horrified. But by then, her advanced addiction to morphine leaves her unable to deal with the change. Lucie and Christoph’s daughter, who will become Jessie’s mother, is born during the war. A catastrophe is inevitable: a catastrophe that casts a long shadow down to the third generation, as far as Jessie.

In true magical-realist fashion, vanishing into thin air seems to afflict this family like a curse. Their fate is inextricably interwoven with the River Trave and the uncanny circumstances of Lucie’s birth. It is Jessie who finally breaks through this vicious circle by revealing that birth story as a lie. The real catastrophe haunting the family is a quite different one.

Impossible to put down, City of Smoke has an ambitious, sweeping scope within which its strong female characters are brought to life in all their luminous, tortured glory. The novel raises eternal questions of good and evil as its majestic focus shifts effortlessly between past and present. Kutschke poses the question of individual responsibility, in particular during the Third Reich. City of Smoke deals with how guilt, injury and responsibility are handed down through generations, and how history is inescapable: both in the microcosm of a family and in the macrocosm of society.

Svealena Kutschke was born in Lübeck and studied cultural studies in Hildesheim. She won the Open Mike competition at the Berliner Literaturwerkstatt in 2008. One year later her debut novel Etwas Kleines gut versiegeln was published. She has held numerous scholarships, including in China, Poland and Croatia. Her works have been published in various magazines and anthologies.

Eichborn is the publisher of Look Who's Back by Timur Vermes, a novel playfully asking what would happen if Hitler were alive today. Published in September 2012, instantly on the bestseller list where it has remained in the top five since publication, and with translation rights sold for 29 languages (World English: Maclehose Press), it turned out to be THE German novel of the year. Many Eichborn works have been translated into English, including A Woman in Berlin by Anonymous, The Old Child, The Book of Words and Visitation by Jenny Erpenbeck, The 13 ½ Lives of Captain Bluebear and Wild Journey Through the Night by Walter Moers, W.G. Sebald’s The Emigrants, The Rings of Saturn and Vertigo as well as Ice Moon and Silence by Jan Costin Wagner. Eichborn became a division of Bastei Luebbe, Germany’s largest independent publishing group, in 2011, and continues to discover and establish original and exciting author’s voices with its characteristic verve and vigour.