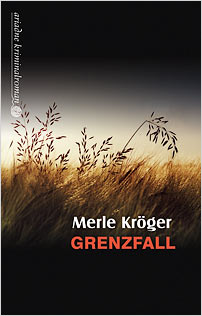 This stylish novel bears the hallmark of its author’s film industry expertise with much snappy dialogue and a complex, well-crafted plot which takes us on a fast-paced road trip though Europe.

At the heart of Crossing Borders is a real-life crime which took place in June 1992, shortly after the reunification of Germany. Two Romanian Roma are shot and killed by local hunters as they attempt to cross the Polish border into the former East Germany. When the trial comes to court there are no witnesses available to testify and the hunters are acquitted.

In the drive towards political integration and economic prosperity during the following two decades the crime is all but forgotten. But twenty years later, Adriana, the daughter of one of the men who was shot, tracks down her father’s killer. When she arrives at his flat she finds his body lying on the ground, four floors down. She is arrested and charged with murder, as the police believe she pushed him over the balcony. Adriana’s case becomes the centre of a political controversy. This is a sophisticated and emotionally nuanced novel which tackles serious questions.