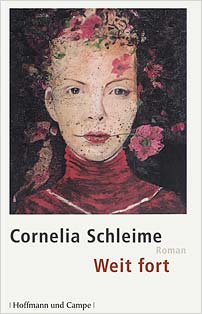 Cornelia Schleime, born in 1953 in East Berlin, is a well-established name on the German art scene. In 1979 she founded one of the first East German punk bands, and in 1981, the year after her graduation from art school, she was blacklisted by the authorities and forbidden to exhibit her work. ‘We wanted to be individuals’, she says in a recent documentary on punk in the GDR, opposed to the ‘collective WE of the socialist state’. When she had finally been given permission to leave the GDR for West Germany in 1984 she took the opportunity to gain access to her Stasi files – the records the secret police had kept about her. She then satirised these humiliating intrusions into her life by juxtaposing excerpts from the records with photographs of herself, specifically taken by her to ‘match’ the text.

Much of this, her first, novel is autobiographical. The central character, Clara, is a painter, dividing her time between an old house in the countryside near Berlin and a flat in the East Berlin district of Prenzlauer Berg. Out of curiosity she registers with a partner-search website. Ludwig, sensitive and soulful, seems to stand out from the crowd and soon they both spend the best part of their time slowly and cautiously writing to each other. Ludwig is a meteorologist, responsible for the daily weather report at a local TV station in Bavaria, but he also tells Clara that he used to be a political journalist. This is the first of several incidents that cause Clara to feel increasingly uncertain about her new love. How come a political journalist now works as a TV weatherman in the Bavarian hinterland? And why is he reluctant to tell her whether he originally hails from East or from West Berlin? Finally, she is left in no doubt.

This is a straight-from-the-heart, poetic novel convincing because of its strong, authentic feel. Nearly twenty years after German reunification there is still a dearth of voices that manage to speak about life as an East German, before and after the Wall, in such a powerful and refreshing way. Schleime is one such, and this notable self-dramatist’s extraordinary novel should find a receptive audience in the UK.

Cornelia Schleime was born in East Berlin in 1953 and is an artist and film-maker. She lives in Berlin and in her studio in the country. She was not permitted to exhibit in the GDR. In 1984 she left for the West and lost all the artwork she had created until then. Now she has an established international reputation, has had many solo exhibitions and been the winner of several prizes. Weit fort is her first book.