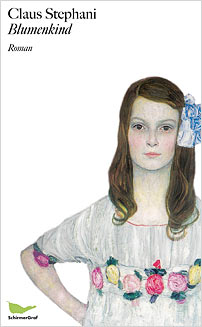 The First World War is over, but Beila Altmann’s personal tragedy is only beginning. She is Jewish and lives in the village of Arvinitza at the foot of the Vrancea Mountains in Romania. When her husband Jakob is killed by a group of anti-Semitic proto-Fascists, and the village men start to circle like the wolves she fears, she is forced to leave. ‘A young woman without a man belongs to nobody, but also to everybody. That is her fate’: and so a nomadic life starts, entirely dependent on the people around her and her own intelligence. From Moldova to Bukowina and Transylvania, Beila is at pains to hide her Jewish identity.

It is in Maramuresh that Beila and her daughter Maria (a Blumenkind, born out of wedlock) find peace, adopted by a kind, childless couple, and even tender love with a man with whom she can share her identity, news that shocks ‘Aryan’ Maria whose father was a Saxon German. One day, however, Beila is in the wrong place at the wrong time and is shot with the last Jews the defeated Fascists have rounded up before retreating. Maria and the old couple are forced to leave for the West, not knowing Beila’s fate, as the Russian troops begin the advance westwards.

The narrative picks up Maria’s story, herself now mother to a Blumenkind, conceived when she was fourteen and with a strident nationalistic German as father. Her son is brought up by others as Maria departs with a group of American soldiers who have befriended her in Munich. Later she returns to the places of her childhood to piece together her mother’s story and there she falls in love with a younger man, someone she can open up to finally about being Jewish. She cannot know that her lover, Ambros, is her own son. Together they plan a life in Cologne, but are killed on a snowy journey to spend Christmas with his family and the shocking revelation dies with them. Tracks show they had collided with a pack of wolves, those symbols of death feared by her mother Beila.

Strong characterisation, high drama, but most of all the language, richly unfamiliar and laced with folklore and the tastes of the regions, make this a thrilling read, while it delves into less frequently explored experiences and perspectives of the twentieth century.

Claus Stephani, born in 1938 in Brasov (Kronstadt), author, ethnologist, art historian, and journalist, studied German and Romanian Literature and journalism in Bucharest, and subsequently became editor of the monthly journal Neue Literatur. He has lived in Munich since 1990, where he studied European Ethnology and graduated with a PhD. A passionate collector of Eastern Jewish fairy-tales, he has published them in numerous volumes, as well as in international newspapers, magazines and radio features. Blumenkind is his first novel.

SchirmerGraf Verlag, with its credo ‘Reading is dreaming with open eyes’, is an independent literary publishing house in Munich. The focus is on contemporary international and German narrative literature, new editions of Modernist classics as well as the writings, diaries and correspondence of artists. Particular care is given to the design of the books. Tanja Graf, formerly senior fiction editor at Piper Verlag, and Lothar Schirmer, publisher also of Schirmer/Mosel Verlag, head the publishing team.