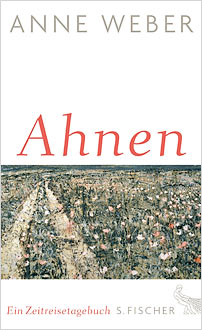 Anne Weber’s biography of her great-grandfather is a highly original and intelligent piece of writing. Thoughtprovoking and moving, Forefathers leaves a lasting impression upon its readers.

Florens Christian Rang (1864-1924) studied law and began a career in the civil service before becoming a Protestant pastor near Poznan´ in modern-day Poland, at that time part of Prussia. He then abandoned the church and wrote an angry ‘reckoning with God’. Rang was a friend and contemporary of several great early-twentieth-century thinkers, including Hugo von Hofmannsthal, Martin Buber and Walter Benjamin.

The book is written in loose journal form, and Weber’s research is interspersed with frequent references to literature and philosophy, from Nietzsche to Sebald, from Susan Sontag to André Stasiuk. Weber is concerned with trying to understand her ancestor’s personality and motivations at over a century’s remove. From the beginning, it is clear that the main hurdle to be breached is German history since his death. This history is summed up in a single word alluded to but not printed in the book until the very last pages: Auschwitz. Did Rang help to lay the ground for the Holocaust through his part in ‘Germanising’ Poland? Or did his friendships with Jews make him a counterexample to those Germans who went along with the Nazis?

Significantly, Rang’s son – Anne Weber’s grandfather – was an opportunist during the Third Reich. Weber tells the story of a grandfather she never met, because he refused to acknowledge his son’s illegitimate daughter. While reluctant to conform to clichés – ‘Should I perhaps write the hundred thousandth Nazi grandfather or father story?’ – she obtains his files and establishes that he was friendly with the SS and built a good career as a librarian, compiling political reports on books to be banned. By the end of the book, Weber has moved from fascinated admiration for her unknown great-grandfather via horror at some of his ideas to a more realistic viewpoint. While there is no room for hero-worship, she still admires his passion and lack of conformity. The final section consists of a description of a research trip to Poland, visiting the village where Rang preached and once again adjusting her image of him. And then comes a beautifully written closing passage depicting All Saints’ Day in Warsaw: a magnificent and thoughtful climax.

Anne Weber was born in Offenbach in 1964 and now lives in Paris as a writer and translator. She translates German authors into French (Wilhelm Genazino and Sybille Lewitscharoff among others) as well as French authors into German (among them Pierre Michon and Marguerite Duras). She has received numerous prizes for her work, including the 2010 Kranichstein Literature Prize. Weber writes her own books in both German and French.