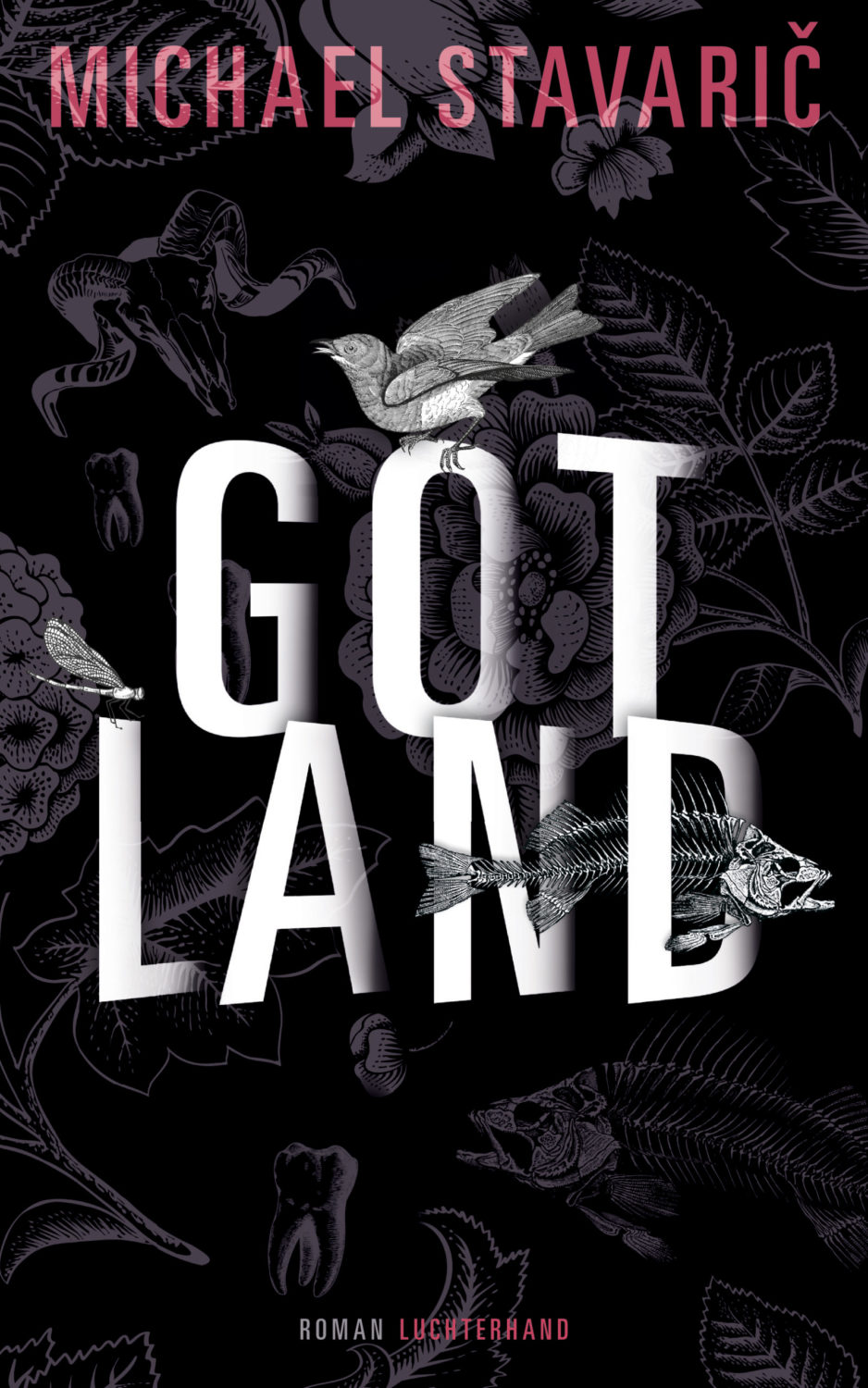 Gotland brings together themes of memory, family, mental health, religion and violence in an arresting story told through extracts from a personal diary,dreams, stories, case notes and photographs. A lengthy foreword describes the (fictionalised) process of the book’s creation. We are told that the total work has already exceeded 40,000 pages and is not yet complete. The manuscript seems to hold some kind of sublime curse: it is alleged that people involved in the publication of the book are overwhelmed by its beauty and then suffer an unfortunate accident. Next, a prologue about Gotland explains the narrator’s fascination with the Swedish island and its gods.

The narrator’s idiosyncratic childhood is recounted in a section entitled ‘Genesis’. It quickly becomes obvious that we are dealing with an unreliable narrator, and there is an almost constant foreshadowing of some unknown ominous future event. Early chapters carry the names of biblical stories or events, such as ‘The Creation’ or ‘Noah and the Flood’, while still dealing with the childhood of the first-person narrator. Later chapters are named after staff members at the Catholic school that he attends. Key themes are religion and sexuality, including the narrator’s fascination with his own mother’s body. The text is rich with biblical parallels and allusions; it also contains embedded dream sequences and a number of very good short stories.

The novel’s second section, ‘The Book of Charles’, takes place on Gotland, and describes the narrator’s involvement in a cult. Here the religious imagery becomes more frightening, with angels and machines battling it out, and the narrator confesses to poisoning his mother. This, however, is not the main twist. It is clear that we are not in the world of  everyday realism, and a third section comprising case notes and other supporting documents explains the nature of
the narrator’s mental health (now described in the third person). A final section entitled ‘Exodus’ offers us more of the  narrator’s perspective, along with a short story inspired by Franz Kafka.

This is a remarkable story told in a digressive and experimental manner. The playful, intertextual narrative conceals a pleasingly unpredictable twist that keeps its readers guessing.

Michael Stavarič was born in Brno (formerly Czechoslovakia) in 1972 and studied Bohemian studies and journalism/communication sciences at the University of Vienna, where he now freelances as a writer, translator, and lecturer. He has received numerous scholarships and awards, among them the Adelbert-von-Chamisso Prize. His latest teaching commitments include the Stefan Zweig lectureship at Salzburg University and a literature seminar at Bamberg University.