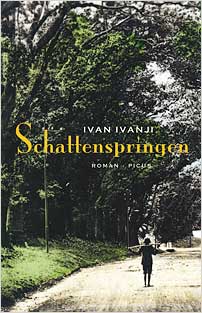 Is there really a need for yet another book about World War II? It’s a fair question, of course, and the answer depends on the book. But in this case it’s a bit off the point. For Ivan Ivanji’s haunting novel is less about the war itself than the slow and morbid ending of it. Through the vivid interweaving of meticulously reproduced documents on the one hand and vague memories on the other, it depicts the efforts of the narrator as an old man to recall the life of the sixteen-year-old boy he once was, from his incarceration in Buchenwald and its liberation by American soldiers to his final return home.

The reader will observe the author’s subtle avoidance of too much detail concerning events both during the war and in the camp. Only the absolutely necessary is told. The focus is on what happens after the camp has been liberated, and in the boy’s reactions and thoughts. For instance, leaving the camp, he stumbles over a dead body, and this becomes a recurring memory. At other times he recalls the comfortable life of his Jewish family in the Yugoslav city of Beckerek where he grew up, and especially his father, a doctor, who promised to stay alive and who never broke his word.

Above all the Little One (the name by which he is called throughout the book) recalls the senseless confusion of it all. For instance, he and the two Czechs with whom he leaves the camp, have first to ask themselves where should they go? Is it really safe out there? Who has survived? They even go back to the camp for the night, because they know there are still some prisoners starving to death there. And when the boy gets a lift with some British soldiers to Magdeburg, where a lot of Yugoslavs are said to have gathered, and there meets his first love, a German girl called Eva, that too is a matter of chance.

Can there be truths when there are more than one of them, the narrator asks himself at the beginning of the book. Full of doubts about his fading memories and the reality of official documents, he makes a brave shot at finding an answer, and succeeds as well as he can.

Ivan Ivanji was born in Banat, Yugoslavia, in 1929, and was interned as a Jew in the concentration camps of Auschwitz and Buchenwald in 1944/45. He studied architecture and German language and literature at Belgrade University and his jobs included those of journalist, artistic director at the theatre, diplomat and Tito’s interpreter. Above all, however, he is a writer of novels, essays, short stories and radio plays and the translator of works by Bertolt Brecht, Wolfgang Borchert, Heinrich Böll, Karl Jaspers, Max Frisch and Milo Dor, among others. He lives in Vienna and Belgrade.

Picus Verlag is an independent publishing house in Vienna and produces an eclectic mix of literary fiction and children’s books, travelogues and books on architecture, currents affairs, historically-based eyewitness accounts, memoirs and essays.