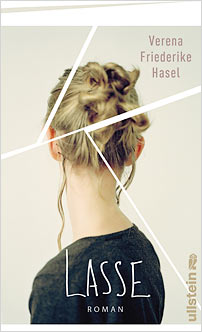 Verena Friederike Hasel’s striking debut recounts a young woman’s struggle to reconcile the disappointments of new motherhood with the idealised experience of becoming a mother that she had imagined.

Nina, the narrator-protagonist, is a fragile young woman whose difficult childhood has left her incapable of forming meaningful adult relationships. Her unplanned pregnancy initially appears to herald the start of a promising new chapter in Nina’s life – an opportunity to devote herself to motherhood and caring for her child – but the actual experience of having sole responsibility for a helpless baby who cries a lot proves more than she can bear. Throughout her pregnancy Nina imagines her son as an adorable little boy called Lasse, but after the birth Nina is so disillusioned with her actual child that she gives him a different name.

One day, unable to bear Felix’s screams any longer, Nina shakes him as hard as she can. After this, Felix does not cry anymore. Nina continues to care for her still, silent son – bathing him, dressing him, wrapping him in blankets and taking him out in the pram, but Felix is never going to wake up again. Desperately sad, hugely compelling and sometimes funny, Lasse will complement the existing body of English-language fiction that tackles the fraught experience of maternal disappointment.

Verena Friederike Hasel grew up in Berlin. She studied psychology at the Free University of Berlin, focusing on forensic psychology, as well as screenwriting at the dffb, the Berlin Film Academy. Today she works as a reporter and author for the newspapers Der Tagesspiegel and Die Zeit.