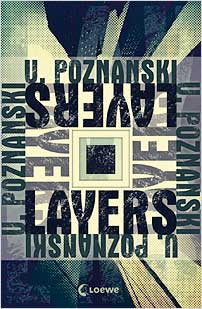 Dorian has been sleeping rough since his mother’s death and his flight from his abusive father. One morning he wakes up with a knife in his hand, covered in the blood of a dead drunk whom he has no memory of killing. Two men come to his aid and take him to a villa owned by Raoul Bornheim, a wealthy businessman who rescues street children. Dorian soon falls in love with Stella, a fellow resident. The children are not allowed to use the Internet or mobile phones, or to leave the villa grounds alone. Instead, every day they are loaded into a windowless van and transported to the city, where they distribute flyers for Bornheim’s various charities.

Dorian is given the job of delivering promotional gifts to senior people in industry, the media and the judiciary. He is not allowed to identify himself to these people or to say anything other than ‘This is the second delivery’.Dorian becomes increasingly uneasy, but no one will tell him what it’s all about. When one client refuses to accept the package, Dorian opens it and finds a pair of spectacles, which he soon realises are very special data glasses that display ‘layers’ of secret information.

The influential people who receive Starter or Master ‘Visioners’ are all members of Bornheim’s secret cadre, a group of people with whom he intends to change the world for the better. But Dorian reads a ‘layer’ showing that the cadre want to retrieve the Master Visioner that he failed to deliver, and that they will kill him to get it. In addition to augmenting reality, the Visioner can display false layers, such as an illusion of Stella hanging from a bridge: Dorian is beginning to learn that people can be as deceptive as data. He becomes convinced that Bornheim is planning a major showdown at a gala reception for the cadre where they are all going to be blown up, including Stella and other girls who will be waiting on the guests. Dorian figures out the location, gets to the reception in the nick of time, and shoots Bornheim to prevent him from triggering the explosion.

But reality is never what it seems in this perfectly executed sci-fi thriller. Bornheim survives his injuries and offers Dorian a more senior role in his enterprise. Dorian declines, choosing to make a new start with Stella, wherever that might be.

Ursula Poznanski was born in Vienna, and spent ten years studying all sorts of subjects at the university there, before abandoning all hope of getting a degree. Instead, she got to grips with real life as a medical journalist. After her son was born, she started writing books for young readers. Her first book, Erebos, won numerous prizes (including the German Children’s Literature Prize awarded by the Youth Jury), and made her famous around the world. Poznanski has since become one of Germany’s most successful authors. She also writes best-selling thrillers for adult readers.

Loewe Verlag was founded in Leipzig in 1863 by Friedrich Loewe. It is one of the oldest and most important children’s publishers in Germany. Today Loewe publishes a broad range of titles, from picture books to high quality children’s fiction, and non-fiction for both children and young adults. Authors include Cornelia Funke and Kai Meyer.