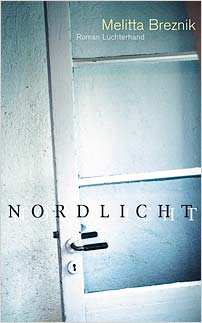 A forty-five-year-old childless woman psychiatrist living in Zurich, unhappily married to a man fifteen years older than herself, has reached a point at which both her work and her marriage have finally become intolerable. She also fears she may have inherited mental illness from her grandmother. She separates from her husband, resigns her job, stops taking her anti-schizophrenia medication and contemplates, but decides against, suicide. Subsequently she travels to the Norwegian archipelago of Lofoten to spend at least the winter months there and radically reassess her life. Part of her reason for choosing this location is that her father was a member of the Wehrmacht stationed there during World War II, and she takes his notebooks with her in the hope of finding out more about him and understanding him better than she had during his life.

On Lofoten she meets a woman called Giske, who lives on a farm inherited from her mother. It becomes apparent (to the reader, but not yet to the newcomer) that Giske is the illegitimate daughter of a German soldier, born on Lofoten at the end of the war, and that her mother was ostracized by the community and forced to give her up for adoption. After a stay of about eighteen months on Lofoten the newcomer (whose name, Anna, is not revealed until about half-way through the book, when the narrative is temporarily taken up by Giske), feels that her crisis has passed and decides to take up a job in psychiatric medicine which has become available in nearby Stokmarknes. Some months later the two women visit an elderly neighbour who produces some old photographs taken during the war, and, somewhat contrary to the reader’s developing expectations, it emerges that Anna’s father and Giske’s father were friends.

This is a very ‘modern’ novel. Both its structure and its preoccupations – switches of tense and narrative personae, explorations of female identity and relationships, problematic family history, the fate of World War II collaborators, as well as its Scandinavian setting – chime in well with current tastes. It compares favourably with works by, for example, Kate Atkinson, Jenni Diski or Hilary Mantel and is altogether a pleasure to read.

Melitta Breznik was born in 1961 in the Austrian province of Styria. Her novels have all received high critical acclaim.

Luchterhand Literaturverlag was founded by Hermann Luchterhand in 1924 and has been publishing literary titles since 1954, an early and triumphant success being Günter Grass’s novel Die Blechtrommel (The Tin Drum, 1959). Its list includes literary fiction and poetry as well as definitive editions of selected writers’ complete works. In 1997 the firm was voted Publishing House of the Year by the German trade journal Buchmarkt. It is now part of the Random House Group. Authors include Christa Wolf, Ernst Jandl, Pablo Neruda, António Lobo Antunes, Will Self, Frank McCourt, Hanns-Josef Ortheil, Terézia Mora and Saša Staniši´c.