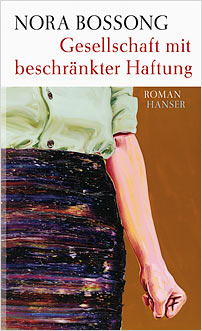 Bossong’s tale of the rise and fall of a family business is both an illustration of and a metaphor for the European financial crisis. It forms a well-timed literary contribution to a real-life story which is still unfolding.

Kurt Tietjen is heir to his family’s towelling company, Tietjen and Sons. This has brought him considerable privilege and wealth but also responsibilities and ties with which he has never come to terms. Instead of simply selling the firm, Tietjen runs it badly, neither relinquishing control nor taking enough of an interest to run it successfully. Bossong charts the mid-life crises of this reluctant businessman. The first takes place in China where he is brought face to face with the conditions under which the firm’s products are made. His next crisis occurs in New York where he breaks off all contact with his wife, daughter and employees yet still refuses to let go of the reins of the firm. The story ends with a shift in the relationship between father and daughter which has profound implications for the future of the company.

This is a strong, superbly composed story which presents readers with a provocative version of events behind the decline of European business.

Nora Bossong was born in Bremen in 1982 and studied Creative Writing at the Institute for German Literature in Leipzig as well as philosophy and comparative literature at the Humboldt University in Berlin. She made a name for herself with the novels Gegend (2007) and Webers Protokoll (2009). Hanser most recently published the poetry volume Sommer vor den Mauern (2011), which was awarded the Peter Huchel Prize 2012.