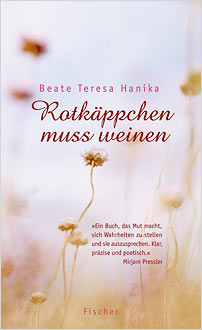 Nobody could claim that the issue of child abuse is the under-discussed subject of our day, so this book for teenagers could hardly be said to be notching up a first in the overall field of its subject. It has, however, set itself one vitally important task. It tells its story from the victim’s point of view, not that of the indignant adult newspaper reader, and it does so with skill, sensibility, and success.

On the face of it Malvina (whose name means Guardian of Truth) is an ordinary girl just turning fourteen. Her family are ordinary too, in a rather downbeat way. There’s dad, an authoritarian and not very popular schoolmaster, mum, who takes refuge in migraines and bad moods, stroppy older sister Anne, and an adored brother Paul, who is mostly away at university. All fail – almost deliberately, the reader feels – to see what is happening when the grandmother dies miserably of cancer and Malvina, his favourite, is given the task of visiting her grandfather to cheer the old man up and, like a modern Red Riding Hood, to take him goodies. Usually Malvina’s dad is there to collect her, but not always, and it is in those circumstances that the sordid episodes begin.

Malvina herself is captivating, especially when in the company of Lizzy, her best friend, with whom, despite everything, she can still get up to pranks and imaginative games, as also with a boy nicknamed ‘Klatsche’ (meaning fly-swatter), whose nose she begins by punching until it bleeds but who soon becomes a friend and, later, a sensitive first boyfriend. But for far too long she remains incapable of confiding to anyone the nightmare that is happening to her. She will only say, even to herself, that ‘a large grey bubble’ encloses her every time she visits her grandfather’s flat. A slow rise in tension pervades this part of the novel, as Malvina becomes more and more desperate, defeated and helpless until at last she finds the will to speak out.

This sad but ultimately empowering tale has a voice of its own, and a message that needs to be broadcast. Winner of the highly-acclaimed Oldenburger Kinder- und Jugendbuchpreis, a prize for a first book for children or young adults, it should surely find a home here too.

Beate Teresa Hanika, born in Regensburg in 1976, is a professional photographer and has been writing stories and poems since the age of ten. She lives in a village near Regensburg with her family. Rotkäppchen muss weinen is her first book for young people.

S. Fischer was founded in 1886 by Samuel Fischer. Today it is one of the best-known publishing houses in Germany. The children book’s section Fischer Schatzinsel was launched in 1994, with paperback editions of popular and successful books for young readers by well-known authors and compelling new voices. Today the diverse programme includes fiction and non-fiction ranging from picture-books to books for young adults .Young German authors and illustrators along with numerous first German editions from other languages characterize the sophisticated and entertaining programme.