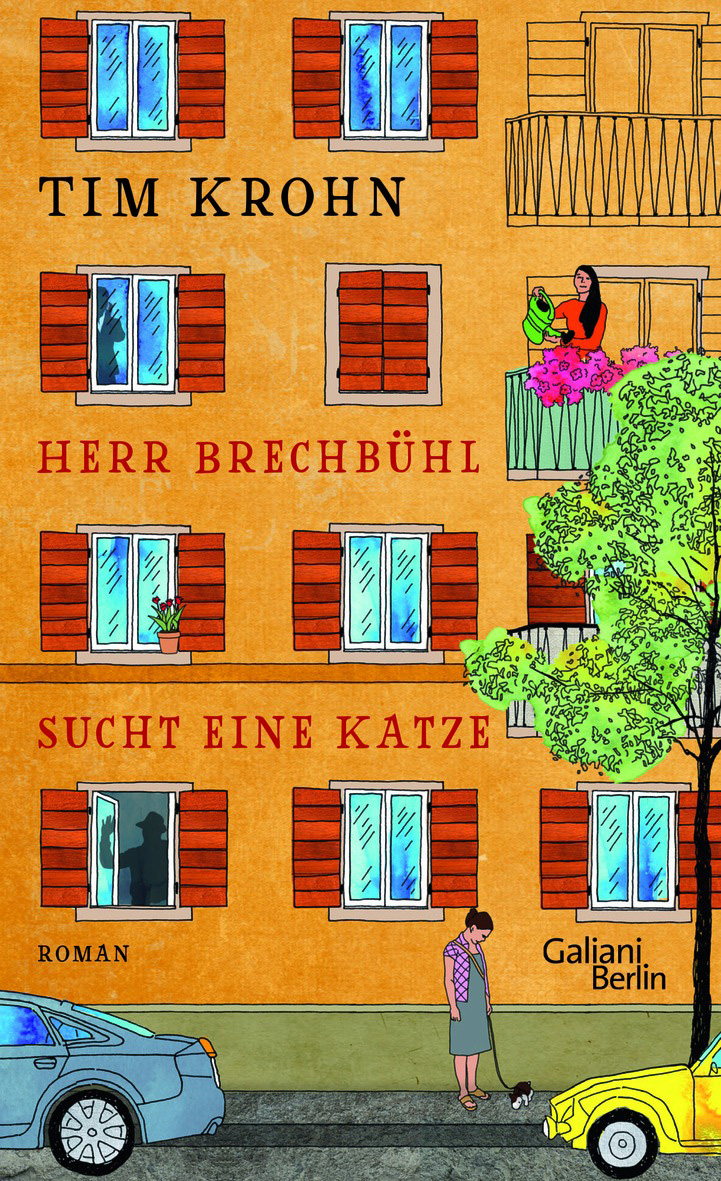 A hilarious, addictive collection of stories about the inhabitants of a Zurich apartment building.

Herr Brechbühl is a retired tram driver, well known among his former colleagues for his skilful handling of difficult, hilly stretches. He leads a rather solitary existence, playing his tuba and tending to the begonia plants on his windowsill. Julia and her five-year-old daughter bring an eddy of busy life into all their scenes – Julia, a single mother, is juggling her part-time work as an editor in a publishing house with bringing up her daughter, and has recently begun a liaison with Moritz, a student who also lives in the building. Selima, an actress, is picking her way through the highs and lows of freelance life. Gerda and Erich, an elderly couple, contemplate the increasing problems of age with equanimity and sometimes a desire to approach things differently. The whole palette of human experience seems reflected in the goings-on and ponderings of this cast of eleven characters.

Krohn is one of the most experimental authors working in German at the moment. He has written novels, short stories, plays, radio-plays, fairy-tales and legends. Mr Brechbühl recalls the respective worlds and ambience of filmmakers Ari Kaurismäki and Jim Jarmusch, whereas the humour is reminiscent of David Mitchell, Victoria Coren and Charlie Skelton. The result is an alluring, odd and decidedly naughty novel that is always true to the possibilities of human emotional experience. Mostly, however, it is very amusing, and refreshingly different. The dialogue is funny and poignant; fears, hopes, hurts, lust are at the novel’s heart as the protagonists brush themselves off and get on with things despite all difficulties.

The first in a three-part series entitled ‘Human Emotions’, each chapter of Mr Brechbühl is Looking for a Cat is about a feeling – ‘daring’, ‘enthusiasm’ and ‘charity’ among them. Originally started as a crowd-funding initiative, Krohn presented a list of human attributes ranging from the ordinary (‘cynicism’) to the unusual (‘slippery as an eel’). Participants were invited to pick one and choose three additional words, from which Krohn then spun a story. The result of this intellectual experiment is a compelling, warm book that makes the reader yearn for more. Lucky, then, that parts two and three of the series are set to come out in the next year.

Galiani Berlin was founded in 2009 as an imprint of Kiepenheuer & Witsch. Galiani publishes books in hardcover only and focuses mainly on German-language authors in the fields of literature, cultural, historic and narrative non-fiction as well as classic world literature. Illustrated books and re-translated works regularly find their way onto the list. Their authors include Karen Duve, Jan Costin Wagner, Alain Claude Sulzer, Mikhail Bulgakov, Christopher Brookmyre and Douwe Draaisma.