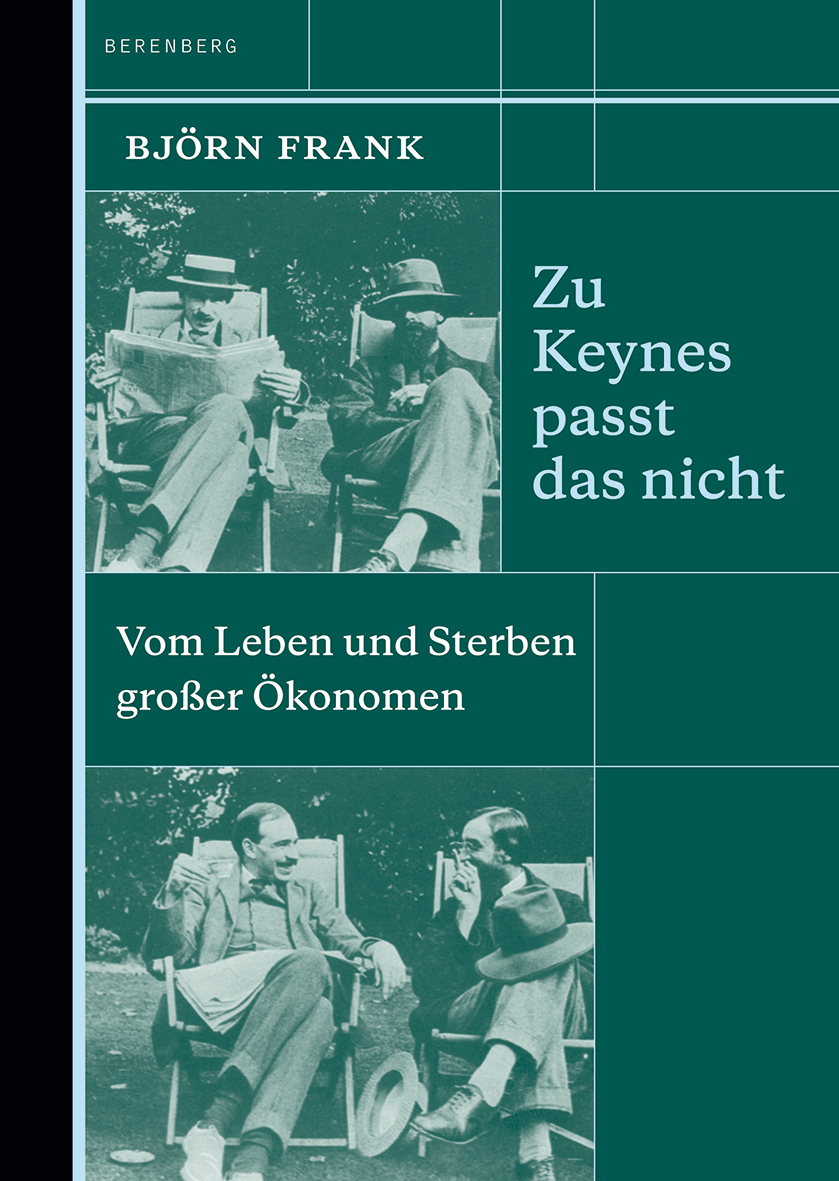 In this succinct account of selected economists’ lives, Björn Frank paints a colourful and varied picture of key contributors to the theory and practice of economics.

Frank differentiates his study both from professional economics and from biography. His book is aimed at a non-expert readership and successfully conveys a basic understanding of economics, while demonstrating how economic theory and practice constantly interact with other fields, especially politics. He also shows how different approaches within economics – mathematical, social, behavioural, monetary – can complement as well as contradict each other. Most of Frank’s protagonists appear in chronological order, from Richard Cantillon (who helped finance the South Sea Bubble) and Jeremy Bentham (wellpreserved in University College London) to John von Neumann (who made major contributions to game theory as well as the development of the hydrogen bomb) and Ronald Coase (who worked on hidden production factors, life expectancy and overpopulation). Frank also includes a short secondary range of economists from Henri de Saint-Simon to Rosa Luxemburg, who were neither wholly original nor wholly successful but were highly influential in their time and able to keep important economic ideas open for discussion.

Some of the figures in the book (Bentham, Marx, Keynes) are well known, even to non-specialists. Others, like the wonderfully named Joseph Alois Schumpeter (1883–1950) or the much-persecuted Alexander Tschajanow (1888–1937), have experienced both obscurity and renown over the years, even among experts. A high proportion of the figures profiled here were forced to emigrate to find success; some met appalling or ridiculous deaths; some succeeded because their ideas were opportune rather than right. The original approach and well-considered selection pay off from the start, and a good range of supporting information is included at the end. Frank’s study may be brief, but at no point is it superficial.

Björn Frank’s life and death stories offer an array of insights, both sober and frivolous – grand schemes rarely work, and many of history’s dubious economic practices are shown to have recurred in the last twenty years. Frank’s narrative tone is rigorously spare, colloquial and sometimes grimly humorous, complementing the brevity he aims for and accentuating the full force of the episodes he describes. Not Quite According to Keynes is a unique and appealing take on an ever-popular subject.

Björn Frank, born in 1964, is Professor of Economics at Kassel University and has written numerous (popular) scientific publications and two children’s books. His latest publication is Geldgerinnung (in collaboration with Johann Graf Lambsdorff, UVK), a crime novel about economics.