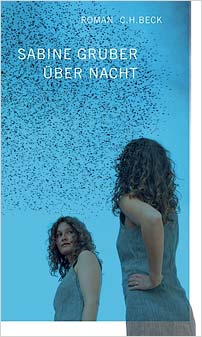 Two women in two separate cities are at the centre of this poignant novel – Mira in Rome and Irma in Vienna. Mira, a young married woman, copes with a sexless marriage and is hunting for proof that her husband, Vittorio, is having an affair. Irma, a single mother and cultural journalist, faces a bittersweet question. At the start of the novel she has been given a life-changing kidney transplant, and she is consumed with a desire to find out who it is who has accorded her this new chance.

Mira’s story is the sadder of the two. We follow her through her work at an old people’s home, tending with care and compassion the decay and decline of old men. We witness her growing panic about her relationship with Vittorio who, far from finding another woman, is in fact homosexual, his male lover being a friend of both husband and wife. She never directly challenges her husband about this situation – the last moment of her story is a crash and squeal of brakes in a road accident that we know probably signals her death.

Irma’s fate is more hopeful. Her kidney transplant and a life without dialysis have opened new opportunities for her: the chance to have a lover and also, for the sake of the child, to try to make contact with the fly-by-night father of her son. The link between the two women’s lives is established when it transpires that the man in question is the serial womaniser with whom Mira had had a brief fling. As the chronology of the lives of the two women unfold, as their narratives both draw to a close, the biggest potential connection between them is unveiled, although never confirmed. Was Mira in fact Irma’s kidney donor, giving her a new life and living on through her?

The idea behind Über Nacht is followed through exceptionally well, with compelling central characters and lots of interesting minor players and ideas. An arresting read, its themes of illness and regeneration grip, its juxtaposition of different lives and life choices is touchingly convincing. A thought-provoking novel from one of the most striking voices on the Austrian literary today.

Sabine Gruber was born in 1963 in Meran, Italy. She studied German, history and politics in Innsbruck and Vienna. From 1988 to 1992 she was a university lecturer in Venice. She has won a wide variety of prizes and scholarships and this novel was long-listed for the 2007 German Book Prize.

Verlag C.H.Beck is one of Germany’s best known publishing houses dealing both with books and magazines, employing a staff of over 400 and with approximately 6,000 titles in print. It has a strong base in academic and specialized works on history, ethnology, philology, literary theory, religion and philosophy, politics, art and law. Its fiction list has grown steadily and is respected for the importance its editors place on the literary and artistic merits of its titles.