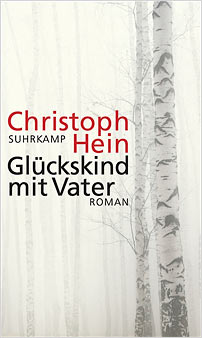 Portrait of a Son With Father grapples with the legacy of the Nazi crimes and the repercussions of wartime atrocities on both individual and national levels. The novel will be appealing and accessible to English-language readers for its compassionate and honest review of human failings – and virtues.

Konstantin Boggosch is a retired high school principal in Eastern Germany. His father, Gerhard Müller, was a highly decorated brigade leader in the SS and had been involved in building a concentration camp when the Nazis were defeated. Konstantin’s mother only belatedly learns of the atrocities committed by her recently-hanged husband. She changes her last name and that of the children, but Konstantin cannot shake off his sense of guilt for his father’s sins, despite never having known him.

Konstantin’s life is spent experiencing and trying to escape this guilt and shame. He and his brother are barred from higher education, and his mother is prevented from practising her chosen occupation as a teacher, instead working as a maid to make ends meet. Educational and professional opportunities are persistently taken away from Konstantin once his father’s history comes to light. Even after he is called up to serve in the army, he is asked to leave before he can don a uniform. When he finally manages to finish his studies as a foreign language teacher and later takes on a directorship at a school, his father’s sins continue to haunt him and he is ousted from the position. After the fall of the Berlin Wall Konstantin is offered the option of claiming the many properties that were once owned by his father. Holding true to his values, he relinquishes any claim on the estate and retains his integrity.

Despite its length the novel is a page-turner, always leaving the reader eager for more. The pacing is exactly right, ensuring that suspense is maintained throughout. Hein’s prose is spare and accessible, reminiscent of that of Ian McEwan. In the course of the plot’s many twists and turns there are several instances in which Konstantin manages to manoeuvre his way into fortuitous situations, enabling him to build a life free of his father’s sins. Despite all his efforts, however, his father’s shameful actions are always there in the background, threatening to destroy his achievements. Nevertheless, Kontantin remains an upstanding and positive character, bearing the burden of his father’s conduct.

Christoph Hein was born in 1944 and lives in Berlin. He has written several novels, novellas, short stories, plays, essays and children’s books. Christoph Hein was President of the German PEN Centre from 1998 to 2000. He has garnered numerous literary awards for his work, including the Stefan-Heim-Preis (2013), the Uwe-Johnson-Preis (2012) and the Eichendorff-Literaturpreis (2010).