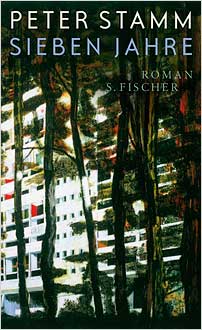 Alex has spent the majority of his adult life with the pull of two very different women on his mind, and to varying degrees, in his heart. An attractive and opinionated architect, he met Sonja, his beautiful wife and business partner, at university. While Alex has a fatalistic, romantic attitude towards falling in love, Sonja rationally selects partners whom she views as having the potential to help her fulfil her ambitions. Further tensions are found in their conflicting backgrounds and attitudes towards their work, but despite this they marry, set up a business together and work towards building a beautiful home on the banks of a lake.

As reality cruelly interferes with their plans – their health suffers as they work long hours, and their attempts to start a family fail – Alex finds his thoughts wandering to his past love. Iwona, an awkward illegal immigrant from Poland, was in his life before he met Sonja. Despite being initially repulsed by her down-at-heel appearance and obliviousness to the world around her, she managed to ignite a raw passion and sense of freedom in Alex which he was unable to forget. Now, seven years later, she contacts him to borrow money, and their sexual relationship starts up again, resulting in her falling pregnant. In a heartbreaking scene she agrees to make the extraordinary sacrifice of giving up her baby for adoption by Alex and Sonja. Another seven years pass, and their marriage becomes increasingly strained, punctuated only by brief success in their business which is then swiftly undone by the economic crisis. They separate and Alex descends into a self-destructive funk, seeking out Iwona once more. Further twists and turns occur before the finale, which manages to convey a sense of liberation and optimism.

Peter Stamm, one of Switzerland’s most talented writers, is at his best exploring the complexities of human relationships. His concise and unpretentious style is a delight, conveying a sense of sober reflection and honesty. This novel will be eagerly awaited by those who have already discovered his work in English via Michael Hofmann’s excellent translations, but could also be a compelling introduction to those who have yet to do so. Sieben Jahre is as engaging as it is relevant.

Peter Stamm was born in 1963 and now lives in Winterthur. He has worked in a number of professions which have led him to Paris, New York, and London, amongst other places. Since 1990 he has been working as a freelance author and journalist. His debut novel Agnes was published in 1998, and has been followed by two more novels, three collections of short stories and a collection of plays.