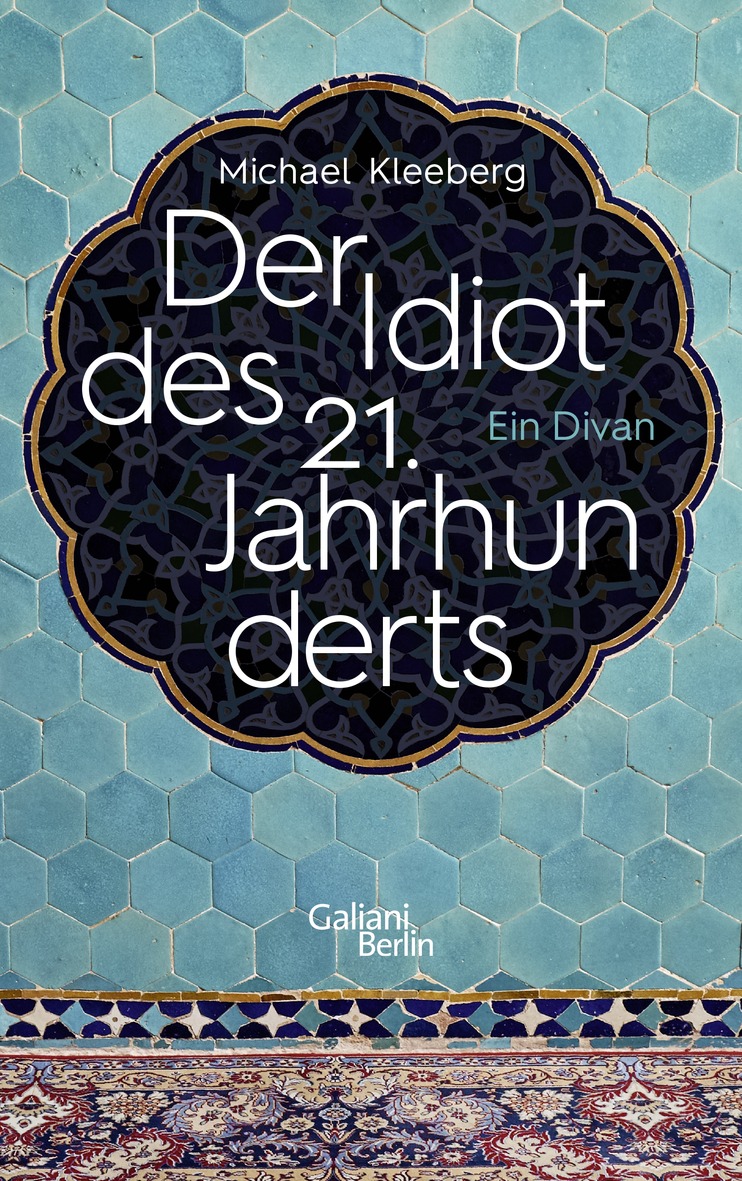 Kleeberg’s novel is a virtuoso ensemble piece whose variations on migrant and refugee stories, on cultures connecting rather than clashing, make for a highly topical read.

The Idiot of the 21st Century is modelled on Goethe’s West–East Divan, consisting of twelve sections whose titles are given both in Persian and German. Kleeberg’s novel is a modern twist on Goethe’s ground-breaking work, a broad examination of East meets West in contemporary times. Here, friends and family gather in a house in Mühlheim during the summer of 2015 to reminisce and tell stories of their past and homelands, their experiences abroad, of coming together and apart. There are playful echoes of familiar older literary works including Dostoevsky’s The Idiot, as well as Nizami’s Layla and Majnun, with a dash of the Arabian Nights for good measure. Kleeberg explores and expands on these models and allusions to create something new.

The weekend gathering of friends and family anchors the novel, which consists of the stories that the different characters tell about themselves and each other. Several of the accounts are set in the Middle East, touching on the experiences of a Westerner living in explosive Beirut, for instance, or on how life changed in Iran after the Islamic Revolution. The tales range from the wholly realistic to the more imaginative, such as that of the Lebanese man invited to participate in a series of cultural dialogues in Germany in 2002. He finds himself having to chase down his coat, which seems to have been taken to speak on his behalf. There is also a brief series of five ‘tombstones’, testaments to five victims of Islamic extremism in its various forms in recent years, which include one of the victims of the Charlie Hebdo attack, a victim of the Boston marathon bombing and the killing of activist Xulhaz Mannan in Bangladesh.

Kleeberg’s multi-faceted work accentuates the positive, showing how people come together against the odds. The Idiot of the 21st Century attests to the lasting nature of culture and art and its universality, as well as to how cultures feed off each other, and Kleeberg reinforces these ideas with his creative, modern take on familiar stories and themes.

Michael Kleeberg was born in Stuttgart in 1959 and now lives in Berlin. He has translated the works of writers including Marcel Proust, John Dos Passos and Graham Greene, and his own work – including The King of Corsica (Other Press, 2008) – has been translated into eight languages. He received the 2015 Friedrich Hölderlin Prize and the 2016 Konrad Adenauer Foundation Literary Prize. In 2017, he was the annual guest lecturer on poetics in Frankfurt.