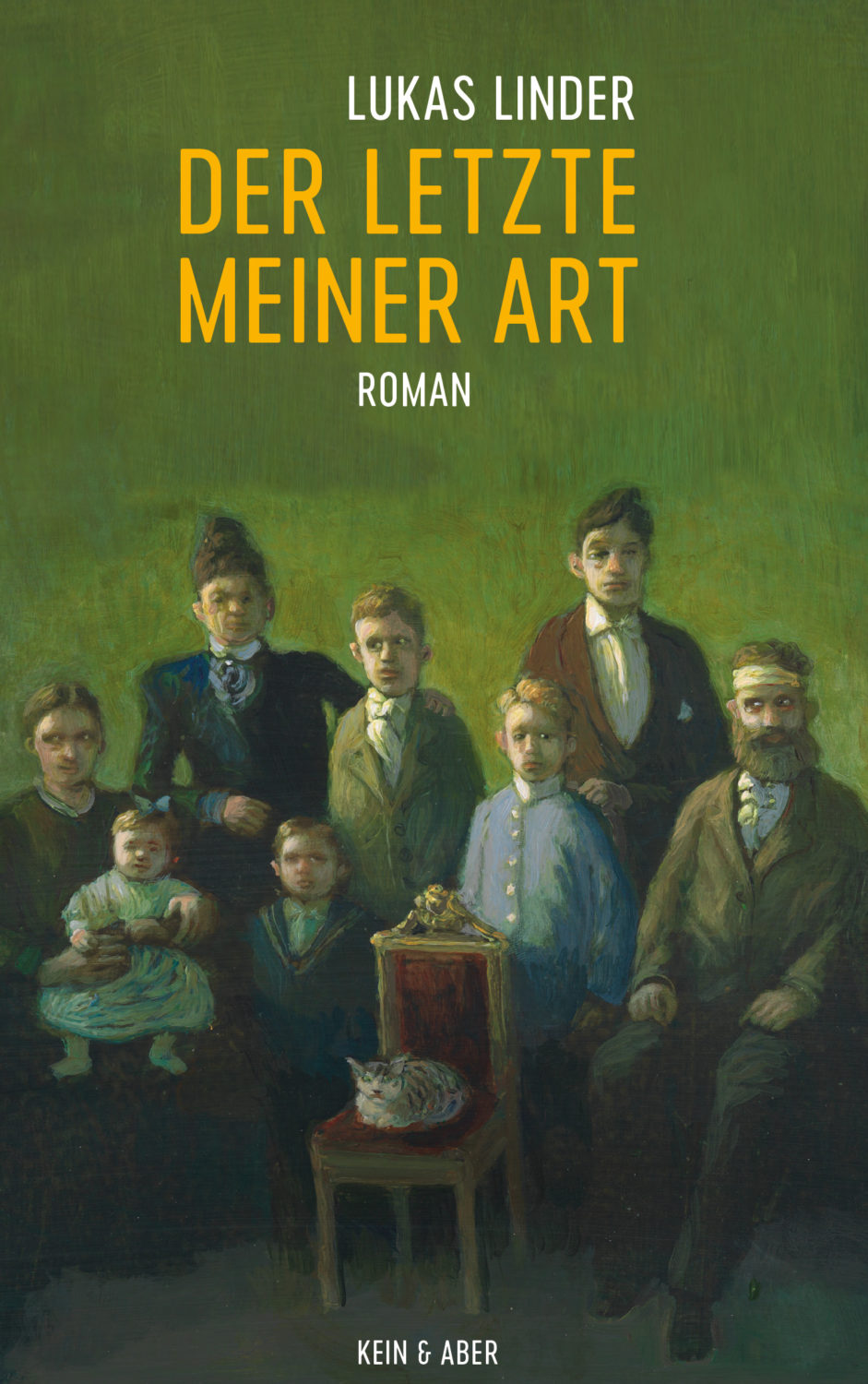 The Last of My Kind is the funniest novel ever written about Switzerland; a family drama full of hilarious tales of the scandalous antics of a scion of an ancient Bernese family.

Alfred von Ärmel is the last descendant of the rich and dysfunctional von Ärmel family. Alfred’s mother is a beautiful, seductive society lady with a huge peacock crudely tattooed on her back, who married his father in the mistaken belief that he was fun. In fact, he is the chief executive of a mid-size bunting factory and interested in little besides the incremental improvements in his business. He bitterly resents the way his wife flirts with every man in town. After Alfred’s brother runs away it is up to Alfred to carry on the family name – something he seems unlikely to succeed in because he is unattractive and unpopular, and because his only real talent seems to be his ability to potter about quietly.

The novel depicts Alfred’s efforts as a child and teenager to find his place in the world. He idolises a heroic ancestor, also called Alfred, who killed forty Frenchmen in battle and became known as ‘the butcher of Marignano’. Alfred strives to become a hero as well – with comedic ineptitude. When it turns out that his brother has a gift for the violin, Alfred takes up the recorder. He also tries to make it onto the Swiss equivalent of ‘Britain’s Got Talent’ because his malevolent grandmother wants to see him on TV. He endures months of agonising voice-training so he can sing ‘Don’t Worry, Be Happy’. The performance is a disaster and it turns out that his grandmother didn’t watch it after all, because she was watching a documentary on another channel.

As the novel progresses, the sense of Alfred’s loneliness becomes ever more pronounced, giving the humour a darker edge. Alfred has an affair with a woman in her fifties, who eventually leaves him for his alcoholic former singing teacher. Ultimately, he comes to the conclusion that he will never find his way and will always be alone; literally the last of his kind.

The Last of My Kind stands out for its laconic descriptions of absurd and ridiculous behaviour, drawing on the rich British tradition of comic writing from P. G. Wodehouse to Howard Jacobson. Yet the mounting sadness throughout the course of the narrative gives it an emotional depth and subtlety. A great success in Switzerland, Linder’s debut novel consolidates this prizewinning dramatist’s reputation as a formidable literary talent.

Lukas Linder, born in 1984 in Zurich, studied German and philosophy in Basel. He is a playwright and has written for various theatres, including Basel. He has been awarded numerous prizes, such as the KleistFörderpreis and the Audience Award at the Heidelberger Stückemarkt theatre festival. Der Letzte meiner Art is his debut novel.