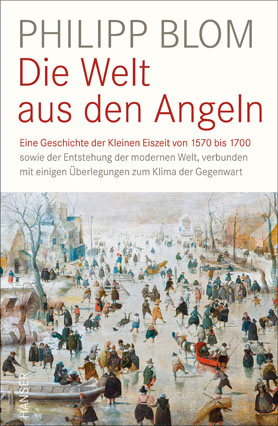 In his new book, historian and polymath Philipp Blom turns his attention to a period that shaped early modern European history: the little ice age. From 1570 until 1700 Europe underwent severe climatic changes. What was the impact on society, art, science and culture? Blom employs contemporary accounts by eye witnesses – Marlowe, Montaigne and Shakespeare among them – to give the reader a vivid insight into what life was like in the seventeenth century, and explores the effects that social upheaval, initiated by climate change, had on European thinking. The result is thought-provoking and entertaining in equal measure.

Accompanied by high quality illustrations, The Nightmare of Reason effortlessly ties together intellectual and natural history and shows that the two are more closely interwoven than one might think. A thoroughly European book, Blom takes examples from all over Europe to create an impression of the changes sweeping the continent during this momentous time. A truly fascinating book for anyone interested in history, science and climate change.