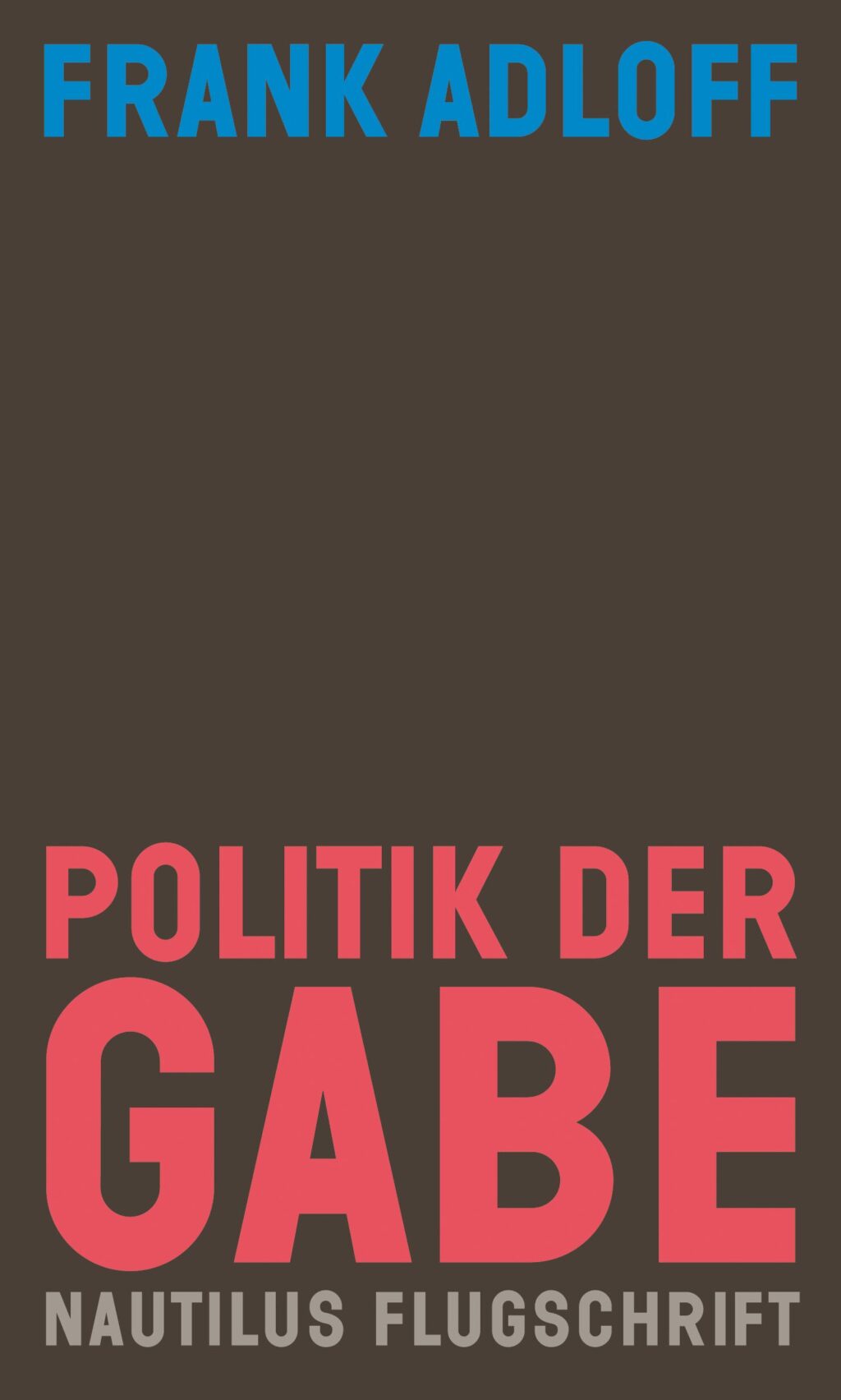 Frank Adloff ’s latest book argues for an alternative to modern capitalist society, based on the solidarity and fairness enshrined in the practice of gift-giving. Internationally relevant and highly topical, The Politics of Gifting is an important contribution to contemporary debates on social justice.

With global capitalism in crisis and social inequality increasing both within nation states and between the Northern Hemisphere and the ‘Global South’, Adloff ’s discussion of how to develop a viable alternative to modern capitalism could not be more timely. Inspired by the 2013 ‘Convivialist Manifesto’, which emphasises the value of social relations and man’s relation to nature, Adloff adds the theories on gift-exchange and gifting of early twentieth-century sociologist Marcel Mauss. Mauss argued that human beings are naturally giving creatures and that society is based on creating trust and social relations by gifting. Capitalism exploits these dynamics by attempting to determine the value of gift exchanges and by presenting gifting as a form of trade. Yet at the same time, capitalist society can only survive because some of its members – often women – ‘gift’ their labour (like house- and care work) so that others can work to create surplus value.

The book is structured according to specific topics related to gifting and its relevance in society, such as the relationships between gifting and money, art and nature. Adloff offers a comprehensive overview of other authors’ interventions on the topic of gifting, including sociologists, philosophers and economists. In his chapter on ‘Gifting between socialism and capitalism’, Adloff writes insightfully about how gifting relates to the internet. He cites Wikipedia as a positive example of resources being pooled without anything being asked in return, and presents social media as a contrasting model, whereby our data is ‘gifted’ to private companies and subsequently marketised.

Adloff presents an engaging history of gifting, showing how it shapes our social relations and how certain exchanges cannot be measured in terms of market value. Concise and clearly written, this is an original and accessible book that will appeal widely in this turbulent era of global capitalism.

Frank Adloff is a professor of sociology at Hamburg University. His research focuses on social theory, gifting and conviviality, post-growth and sustainability. His recent publications include Gifts of Cooperation, Mauss and Pragmatism (Routledge, 2016), and he co-edited the German publication of the French Manifeste convivialiste (2014) as well as the anthology Konvivialismus. Eine Debatte (2015).