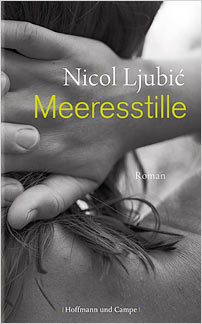 This short and moving novel sets a love story against the background of the Yugoslavian conflicts and massacres of the early 1990s, and in facing this traumatic event it asks universal questions: If the past haunts you, should you face it or ignore it? Is the truth stronger than love? Are the crimes of one generation passed on to the next?

Robert is a quiet History student in Berlin. He meets Ana, who is on cloakroom duty at the theatre, and a wonderful romance begins. She’s from Serbia, but is more of a Berliner than he is. She shows him cool nightspots, he comes out of his shell, she’s the love of his life.

Yet things do not remain carefree for long. Robert travels to The Hague to witness a war crimes trial – a former university professor accused of committing atrocities against Muslim families in Serbia – and is perplexed by Ana’s response to the trial. When a friend challenges her, as a Serb, to say what she thinks of the proceedings, her response is that none of them understand; they all think that the trial will be the end of it, but what happened in Yugoslavia is not over by a long way. Unease sets in as the reader begins to suspect that Ana is more than an observer – that her lively nature hides some as yet undisclosed suffering.

When it is revealed that the defendant is Ana’s father, the source of this trauma becomes apparent, and as the drama heightens so the questions that the novel poses grow in number and urgency; not least the difficulty of aligning this apparent war criminal with the wonderful father that Ana had told him about. When the protagonist finds himself repeating Ana’s claim in a discussion with another student – ‘you have to go there to understand it’ – he decides to do just that. In Sarajevo he meets a Muslim man, Alija, who tells him much of what actually took place there, and the sadness of the whole book is encapsulated in Alija’s words. He cannot ever imagine loving a Serb woman because ‘There is something stronger than love, and that’s our memory of what happened.’

This is the lesson our naïf young Westerner with his sheltered upbringing has to learn: that in spite of what he’s been brought up to believe, ‘talking about things’ does not always help – and nor does love.

Nicol Ljubic, the son of an aeronautics engineer, was born in Zagreb in 1971 and grew up in Sweden, Greece, Russia and Germany. He studied political science and now works as a freelance journalist und writer. He lives in Berlin. Among several other honours for his reporting he has won the Theodor Wolff Prize. His research for Meeresstille, his second novel, was supported through a ‘Cross-border’ grant from the Robert Bosch Foundation.