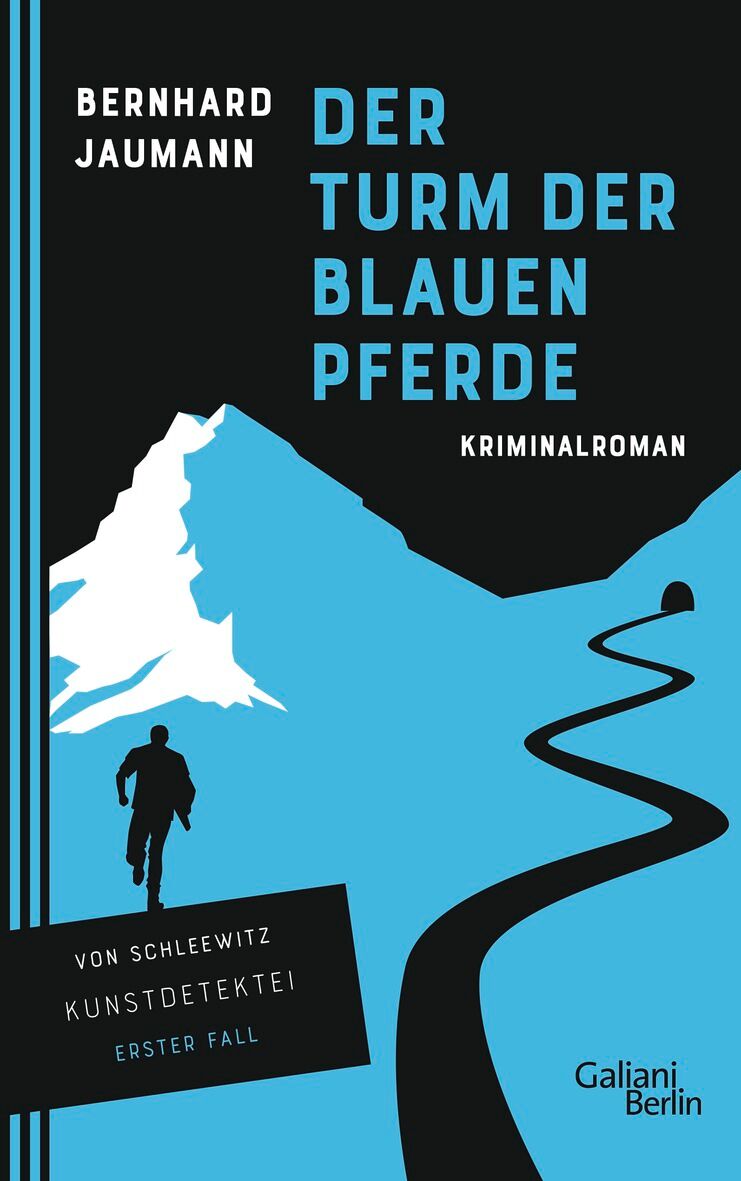 In this engrossing literary thriller, Jaumann skilfully combines historical details and speculation about the famous lost Expressionist painting The Tower of Blue Horses with a story of obsession that explores notions of authenticity, objectivity and creativity.

Jaumann presents a possible scenario for the disappearance and re-emergence of Franz Marc’s The Tower of Blue Horses that features a multimillionaire, a Bavarian farmer captivated by the picture’s aura, and a tangle of forgeries and copies. While there are a host of English-language novels about forgery in art – Doors Open by Ian Rankin or The Art Forger by B. A. Shapiro – this book stands out in suggesting an imaginative resolution to the mystery of a missing masterpiece that was once appropriated by Hermann Göring.

In the summer of 2017, millionaire businessman Egon Schwarzer hires a detective agency to investigate the provenance of Franz Marc’s 1913 masterpiece, for which he has paid €3 million to a stranger in a backroom deal. The seller’s pseudonyms lead the detectives to Berchtesgaden in the Bavarian Alps, where in the final days of the war the SS had hidden three trains full of Nazi plunder. It was there, in 1945, that after forcing open the carriage containing Marc’s painting, eleven-year-old Ludwig Raithmaier beat his friend Xaver to death to prevent him from slashing the canvas. Many years later, Ludwig is desperate to be able to view his treasure again. He provides a postcard of it to a local artist and commissions him to paint a copy, using this cover story to hang the original in his parlour.

Ludwig eventually entrusts the painting to his grandson and namesake. A talented painter himself, Ludwig junior practises until he can produce the perfect forgery – and it is this that comes into Schwarzer’s possession, not the earlier copy. A sham heist at the unveiling of the painting at the millionaire’s villa seems to complete the puzzle. But the detectives trace Ludwig to his Blue Horse Farm in Namibia, where he has kept six identical Towers under wraps. Does Schwarzer actually own the original, or has Ludwig destroyed it?

Jaumann’s prose is clear, concise and well-paced, with convincing characters and motives. A sweltering summer, rural Bavarian mores and the proliferation of aliases and copies often leave this crack detective team in a daze, and the inconclusive dénouement is therefore both fitting and – for the reader – satisfying. After all, the whereabouts of Marc’s masterpiece remain a subject of much speculation.

Bernhard Jaumann, born in 1957 in Augsburg, studied in Munich and went on to become a secondary school teacher. He is the author of various crime series, which have won numerous awards, including the Friedrich-Glauser Prize for best German-language crime novel in 2003 and the best short story in 2008. His novel Die Stunde des Schakals (The Hour of the Jackal) was awarded the 2011 German Crime Fiction Prize. He lives between Bavaria and Italy