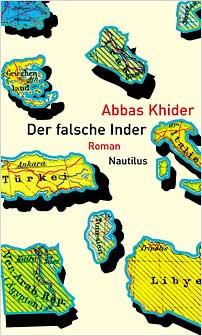 Drawing on the author’s harrowing experiences in an Iraqi jail for ‘political reasons’ and as a refugee from 1996 to 1999, The Village Indian is a stunning piece of storytelling – gripping, entertaining, moving – and a bridge between East and West.

A short prologue and epilogue frame the story with the discovery of a manuscript on a train. This manuscript consists of eight chapters, each telling the life story of the person who finds it and reads it. Rasul Hamid had fled from Iraq and ended up in Germany; he’d hoped to make it to Sweden but was arrested in Bavaria. On the surface, a laconic and entertaining read laced with attractive women, fellow refugees, spells of illegal employment, miracles, and many a happy accident – echoes of the Arabian Nights beneath the surface, suffering and oppression, the brutal dangers of life as a refugee and the haunting faces of those who did not survive.

This debut novel by a prize-winning young author is a must for the English-language market: a captivating piece of fiction from Iraq via Germany and dealing with the highly relevant issue of refugees, illegal immigrants, and deportation. A book that you long to re-read immediately.

Abbas Khider was born in 1973 in Baghdad. In the 1990s he was imprisoned for two years for ‘political reasons’, and fled the country in 1996. Between 1996 and 1999 he sought refuge illegally in several countries, finally settling in Germany in 2000. Khider studied Philosophy and Literature in Munich and Potsdam, and currently lives in Berlin. He has won numerous prizes for his poetry and prose, including the Adelbert von Chamisso Prize for the Most Promising Young Writer, 2010. His next novel will be published in 2011.

Edition Nautilus is an independent publishing house founded in 1974 and located in Hamburg.