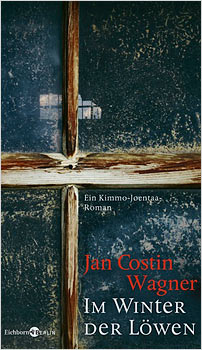 Here’s an original – and to many, no doubt, a not unwelcome – idea: a series of murders sparked off by a chat show. A forensic specialist whose work involves investigating causes of death, and a puppet-maker whose stock-in-trade consists in making images of people killed in accidents, have recently appeared together on the show and are both stabbed to death shortly afterwards. And the chat show host himself only narrowly escapes the same fate. Finnish detective Kimmo Joentaa, who is called in to investigate the case, has also had a strange experience, when a young prostitute, who has recently visited the police station, arrives on his doorstep and offers herself as his lover.

Joentaa is a loner in the best Philip Marlowe tradition, but his psychological instincts and knowledge of loneliness (his wife has just died of cancer) enable him to guess the killer. He and she share the narration, an effective device which enables the reader to learn of the traumatic tragedy which has led her to her present state. But will the detective arrive at the truth in time to stop her completing her revenge by going on the show herself? Fast-paced and unputdownable.

Jan Costin Wagner, born in 1972 near Frankfurt, was highly praised for his first novel, Nachtfahrt, for which he was awarded the Marlowe Prize for the best crime novel in 2002. His second novel, Eismond, also highly acclaimed, has been translated into eleven languages. Its French edition was was nominated for the Prix Coeur Noir and its American edition for the Los Angeles Times Book Prize. Das Schweigen, his fourth, was awarded the German Crime Prize in 2008. Its English-language version, translated by Anthea Bell, will be published by Harvill Secker in 2010.