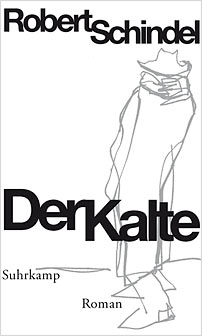 Winter in Austria is an epic novel set in Vienna during the late 1980s in the milieux of politics, theatre and journalism. In its sardonic unpicking of the politics and culture of the ‘80s, the novel is reminiscent of Alan Hollinghurst’s The Line of Beauty, Jonathan Coe’s The Rotters’ Club, or Philip Hensher’s recent King of the Badgers. Both right-wing nastiness and left-wing opportunism come under scrutiny in Robert Schindel’s unsparing anatomisation of a hypocritical society.

Schindel’s protagonist is Edmund Fraul, an Auschwitz survivor whose life is spent writing books on the Holocaust and giving testimony. Continually plagued by horrific visions from the concentration camps, Fraul appears heroic to the outside world while coming across as cold and self-righteous to his family. His emotions are increasingly frozen, and he withdraws slowly from his wife, who is also an Auschwitz survivor. Instead, he begins a cautious friendship with Rosinger, an ex-SS officer at Auschwitz who has served his time in prison. At the end of the novel, Rosinger dies and Fraul’s nightmares end.

In a plot which closely mirrors the Waldheim affair of real-life Austrian politics in the 1980s, the novel follows the presidential election campaign of Johann Wais, an ex-SA officer who attempts to cover up his time in Yugoslavia in 1944. The community of left-wing artists surrounding Vienna’s Burgtheater is outraged and the director puts on a series of plays whose themes reflect the political events: first Macbeth, then Phaedra, then a commissioned play about Jewish complicity and resistance. Wais’ conservative campaign managers, and the resurgent Freedom party, attempt to discredit the Burgtheater, culminating in a scandal in which they dump a lorry load of manure in front of the theatre and loudly heckle the actors. Debates over a suitable monument to Jewish persecution also divide public opinion.

Schindel’s narrative style is informal and accessible. The large cast of characters is well delineated and each has their own lively idiom. The novel’s dialogue is often drily humorous. Excerpts from the teenage diary of one of the characters make for particularly entertaining reading, riddled as they are with slang, angst and artless bragging. The themes of Winter in Austria – political scandal, the politics of art, the memory of the Holocaust – give this intelligent and compelling novel international appeal.

Robert Schindel was born in 1944 in Bad Hall in Austria and is a lyric poet, author, and director. Since 2009 he has been a professor in applied arts at the Vienna University and has been awarded several literary prizes for his works.