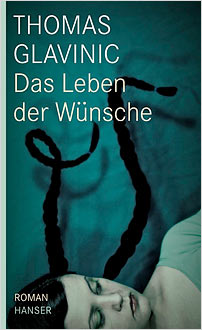 Jonas is an Austrian Everyman: a married father of two with a boring copywriting job in an advertising agency and a long-term extra-marital affair. Until, that is, he one day finds himself sitting next to a man on a park bench in Vienna who asks him to name three wishes. Initially, Jonas refuses to take the man seriously: a lunatic who has escaped the asylum, surely. Eventually, though, he tells the man what his three wishes are: to know what it feels like to escape from certain death, to be more active and less phlegmatic and to ‘understand everything’, or at least to have a few sound theories about what everything in the world is about. Over the course of the weeks that follow, a number of unexpected things happen in Jonas’s life: there’s an inexplicable rise in his shares on the stock market, and he decides on an impulse to miss a flight on a plane that ends up exploding straight after take off. But when one evening he finds his wife dead in the bath-tub, he realises that he has a lot less control over his subconscious urges and desires than he thought he did.

Increasingly disturbing nightmares cloud his sleep. The sideeffect of ‘understanding everything’ about the world is that he now spends his time in a half-life, where he cannot look upon the world without realising its impending decay, nor watch a beginning without thinking of its end. He makes a last-ditch attempt to escape doom-laden Austria by taking an extended holiday to the Mediterranean with his lover Marie. They find a deserted island where they make love and fall asleep – but wishes can’t procure happy endings. The novel ends with Jonas waking to an enormous, biblical flood-wave rolling towards them from the horizon.

The narrative has a feel of an interesting assembly of scenes and thoughts that leave the reader sometimes puzzled but often also inspired. Writing books that work foremost as novels rather than philosophy lectures, showing rather than telling, Glavinic undeniably has his own voice: a very spare, trimmed down style in which scenes are under- rather than overwritten.

Anyone reading him for the first time will encounter an exciting and original author who is willing to take risks with narrative form, and who deserves to establish himself as a lasting presence in the English-speaking market.

Thomas Glavinic was born in Graz in 1972 and now lives in Vienna. He is a regular contributor to the Frankfurter Allgemeine Zeitung and has published novels, essays, short stories and radio plays. His debut novel, Carl Haffners Liebe zum Unentschiedenen (Carl Haffner’s Love of the Draw) appeared in 1998. It was translated into numerous languages and made the Daily Telegraph Book of the Year list. He was awarded the Austrian Förderungspreis for Literature in 2006 and the Friedrich Glauser Prize for Crime Fiction in 2002. His work been translated into twelve languages so far, and last year his 2006 novel Die Arbeit der Nacht was published by Canongate as Night Work.