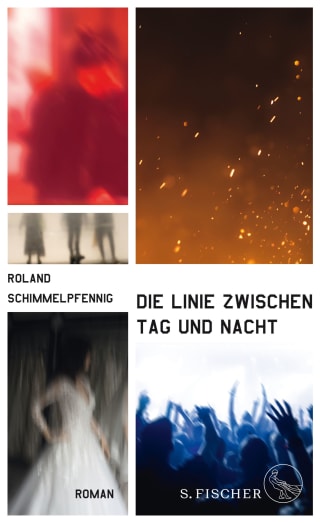 The Line Between Day and Night is a fast-paced yet reflective novel that documents the colourful, hedonistic and seamy underbelly of contemporary Berlin life, seen through the eyes of a suspended policeman.

Tommy is a middle-aged detective with the drugs squad, on suspension for suspected corruption. One day he fishes the dead body of a young woman in a bridal outfit from the canal, triggering a quest to discover both the identity of the victim and the circumstances surrounding her death. This odyssey takes him through the shadowy streets and clubs of Berlin, where he encounters a host of flamboyant characters. The search for the truth is also a personal journey for Tommy: we soon learn that his police career was all but shattered when he killed a young boy while speeding in his car to a drugs bust. After that event the boundaries between law enforcement and infringement became blurred for Tommy as he befriended dealers and started taking drugs himself. His obsession with finding out the truth about the dead girl is powered by an endless cocktail of drugs and drink.

In the end, the young woman turns out to have been a Syrian refugee, who had been held semi-captive in Berlin by her rescuer, Cem Ulusoy. Escaping his clutches, she had found refuge in the druggy art and club scene, but eventually died from an overdose. Her dead body was placed in the canal by her lover and best friend in a ritualistic marriage–funeral ceremony. There is a symmetry to the novel’s conclusion, with Tommy falling into the canal himself after an armed encounter with Cem.

The Line Between Day and Night stands out for its exploration of the liminal. Nothing in Schimmelpfennig’s work is clear-cut: nobody is merely a hero or a villain, nor can we take what the narrator tells us at face value. His mind, increasingly addled by drugs and exhaustion, seems to vacillate between lucidity and hallucination, and his thought processes are interrupted by broken fragments of memory. The Berlin rave scene is presented both as deceptively shallow and as a source of community for vulnerable people, while the criminal underworld showcases the best and worst of human nature.

With its candid exploration of the German capital’s legendary, drug-fuelled nightlife, the book will have a strong appeal for the many British and American readers who are fans of Berlin. The novel’s commercial potential is also enhanced by its conciseness, humour and brisk narrative, driven by the mystery that forms the backbone of the plot. 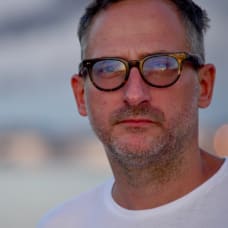 Roland Schimmelpfennig, born in 1967, is Germany’s most-performed contemporary dramatist. He initially worked as a journalist in Istanbul before going on to study directing, and his first post as a director was at the Munich Kammerspiele. He has worked as a freelance writer since 1996. Schimmelpfennig’s plays have been staged in more than 40 countries, to great acclaim. Ten years of his dramatic work were published by Fischer Taschenbuch Verlag in the volumes Die Frau von früher and Trilogie der Tiere. His first novel An einem klaren, eiskalten Januarmorgen zu Beginn des 21. Jahrhunderts, published in 2016, was shortlisted for the Leipzig Book Fair Prize.