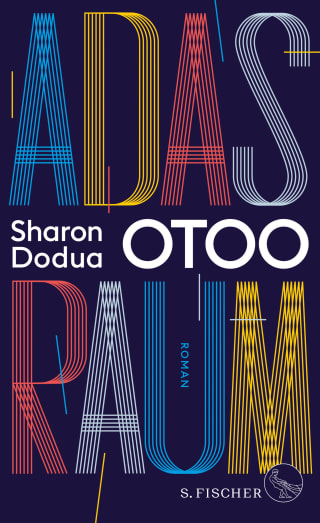 Ada’s Realm is a powerful German-language novelistic debut by the 2016 winner of the prestigious Ingeborg Bachmann Prize. Its unconventional and imaginative storyline unfolds in Ghana, England and Germany over the course of several centuries, featuring strong female characters and topical themes including emancipation, resistance and freedom.

The book revolves around several characters who are all called Ada. The lives of the protagonists span from 1459 to 2019 and are set in different countries. In the first half of the book, the story focuses on three different Adas. The first Ada is a young girl in Ghana in 1459. The second is a young wife in Stratford-le-Bow in 1848. This character is based on the mathematician Ada Lovelace and the narrative focuses on her friendship with Charles Dickens. The third Ada is a woman being held in a Nazi concentration camp as a prostitute in 1945. The separate narratives are connected by a string of pearls that features in the lives of each of the Ada characters, and passes from Africa to England to Germany.

In the second half of the book, we follow another Ada in her life in Berlin. She has recently arrived from London and is trying to find an apartment with her half-sister, Elle. This is a struggle, mainly due to her skin colour and the fact that she is pregnant and single. This part of the book is set in the present day and follows Ada’s experiences in Germany, telling how she met the father of her child. The string of pearls reappears towards the end of the book – the underlying thread that links the different characters.

Sharon Dodua Otoo has her female narrators take on the shape of an object in each story. In Africa, she is a broomstick, in Bow, she is a doorknob and in the concentration camp, she is the room – Ada’s room– where Ada carries out her duties. This ever-changing narrator also interacts with God, mapping out the events to come in the lives of the women, especially in the second half of the book, where the narrator takes on the role of Ada’s British passport.

Ada’s Realm is a fascinating and highly unusual novel that keeps the reader entertained with a gripping, varied plot that spans centuries. All four Adas are vividly and credibly realised characters, women whose differing yet interconnected experiences and struggles make for an intense and unforgettable read. 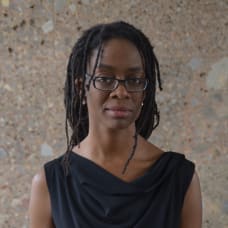 Since winning the Ingeborg Bachmann Prize in 2016, Sharon Dodua Otoo has become a fixture in the German-language media, and the charismatic voice of a new, black, self-confident, feminist generation. Her opening address for the 2020 Ingeborg Bachmann Prize was a sensation. Born in London in 1972, she now lives with both the English and German languages in Berlin. Her first novellas, The things i am thinking while smiling politely and Synchronicity, were written in English; since the publication of her Bachmann Prize-winning short story Herr Gröttrup setzt sich hin, she has written primarily in German.