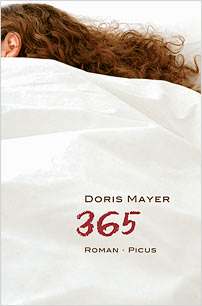 The Boy is in mid-flight from his pursuer and desperately trying to find the red-haired girl with whom he is in love and who has been kidnapped by the Bearded Man. Then the narrative jumps back in time exactly 365 days, when the Boy was working in a supermarket and idolising the girl from afar. A nurse finishes her night shift. A woman rushes to catch a flight. A man leaves his study to re-join his wife and children on their summer holidays.

But all is not as it seems; there is a power cut and a mysterious stillness to the surroundings which, alongside the stifling heat, contribute to the building sense of unease. Not finding his family where he had expected, the man goes upstairs, where he finds them motionless in bed, their waxy, pale skin giving them the appearance of mannequins. Outside, the other characters make similar discoveries. All the other people are frozen in time, unmoving and stiff in whatever pose they had last struck before it, whatever it was, had happened. As each character begins to overcome their shock, their deepest fears and desires are revealed. The isolation forces them to confront issues which the bustle and community of daily life had anaesthetised and pushed from view. The Boy’s attempts to bring the red-haired girl – who is also frozen – to safety are continually thwarted by the Bearded Man, whose macabre and disturbed state of mind brings an added chill to the narrative. Hints as to his background are gradually given: he was, in his previous life, a war photographer who had witnessed scenes of horror unimaginable to most. By contrast, the girl herself is the only ‘frozen’ one who is able to observe what is happening around her, and her imprisonment inside her own body makes for unsettling but compelling reading. Time passes slowly until, exactly one year later, the ‘frozen ones’ inexplicably come back to life, carrying on as if nothing had happened. Yet those who lived through the 365 days of isolation and horror have been irrevocably changed, and forced to re-examine their previous lives.

This is an absorbing read which is confident and very well written. The prose is sparse and compact, effectively conveying the panic of the characters and tension of the plot. The enduring popularity of stories about the postapocalyptic world (most notably with Cormac McCarthy’s The Road) makes this book a potential bestseller.

Doris Mayer was born in 1958. She was initially an actress, performing in theatres in Vienna, Graz and New York and in several film and television productions.
She has been a writer since 1997.