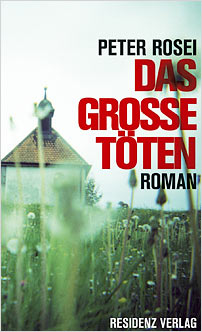 Paul Wikitsch is an intelligent young man from a poor and rural background. His mother makes it possible for him to study theology with a view to becoming a priest. Paul cannot shake off his scepticism, however, and his clashes with the authorities mean he has to leave the seminary. In later life he proves attractive to women, yet somehow unable to enter a relationship with them. The other main character, also an outsider, is Alexander Altmann. He is every inch the career man and marries a wealthy lady to boot. His carefully plotted life threatens to veer wildly off-course when Ulla, his wife, commits suicide. It is in a thoroughly twenty-first manner that the paths of the two men cross, one drawn to the writing of the other on a blog. A fateful encounter, one in which the men find a love of sorts, but it is also an upbeat to a shooting rampage.

The economy of the language is striking and the unconventional handling of an entire century and more, through mention of several generations of various families, deals with swathes of Austrian history in effective, pared-back fashion, while the cinematic close seems real and modern. A chilling and perfectly crafted thriller from a master.

Peter Rosei was born in Vienna in 1946. He read law at university. One of his subsequent positions was as secretary to the artist Ernst Fuchs. He has lived in Vienna since 1972 and is the recipient of many awards, including the Franz Kafka Prize in 1993, the Anton Wildgans Prize in 1999 and, in 2007, the Austrian Cross of Honour for Science and Art.

Residenz Verlag was founded in 1956 in Salzburg. Early publishing lists concentrated on fine art and non-fiction titles. During the 1960s a fiction list was added, and leading Austrian authors including H.C.Artmann, Thomas Bernhard, Barbara Frischmuth, Peter Handke published their first work here. German and Swiss writers were gradually included, followed, in the 1980s, by international authors in translation. The non-fiction list includes books on contemporary history as well as monographs of nineteenth and twentieth century artists and books on music, theatre and architecture. Since 2001, in its ‘Nilpferd imprint, it has also been publishing literary and artistic picture books and fiction for young readers.