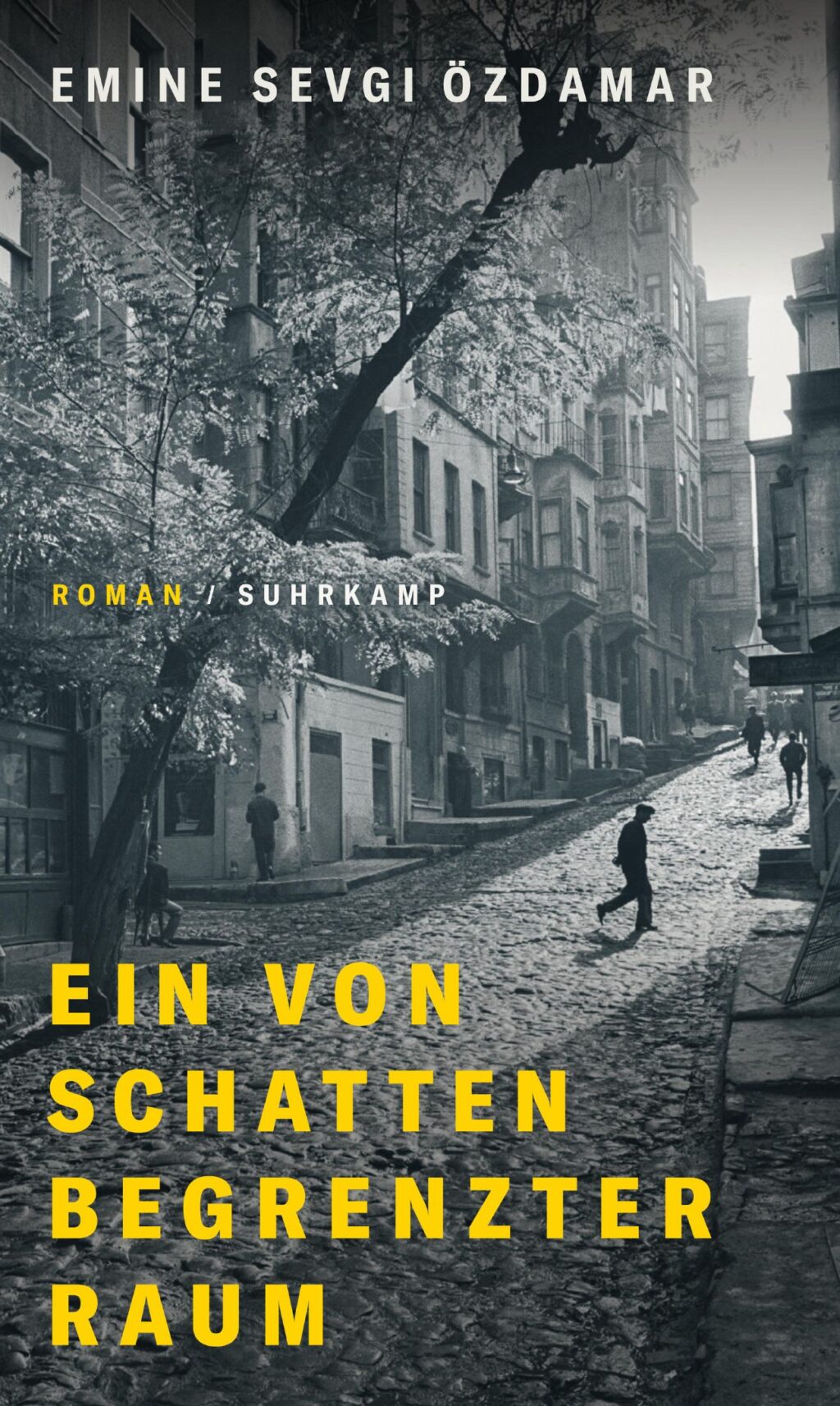 Emine Sevgi Özdamar’s A Space Bounded by Shadows is a compelling and wide-ranging read, setting Özdamar’s own (eventful) life against the backdrop of twentieth century European history. An acclaimed actor, director and writer, Özdamar explores themes of migration, identity and language in a book that offers strong parallels with W.G. Sebald’s masterpiece Austerlitz.

Özdamar starts with her move to ‘Europe’ when she was in her twenties – a move prompted by the first of several military coups in her homeland of Turkey. She manages to find work at the Volksbühne theatre in East Berlin, where she works with Benno Besson – a renowned director associated with Brecht. Her career flourishes, and she works with acclaimed theatres across Europe, meeting the artistic and literary elite of the day. Özdamar’s background not just as an actor and director but also as a set designer means the book is peppered with insights into theatre production, from a play’s first conception to the way movements and dynamics are translated onto the stage.

As well as recalling her career, Özdamar reflects on her own emotional growth and particularly on the ways in which living in a foreign language – in which “words don’t have a childhood” – affects the way she sees the world. She explores the role language plays in identity, and how a mother tongue and a second language can merge together, leading to a new, enriched language and a transformed sense of self.

At the same time, A Space Bounded by Shadows offers a contemporary view of the second half of the twentieth century, a time Özdamar describes as “a lull in the pandemonium”, when – despite the emergence of several oppressive regimes – there was a sense of political hope and progress. She maps her migration story in particular onto the history of European immigration from the 1970s onwards.

Özdamar weaves her different threads into a rich and inventive tapestry, occasionally making use of magic realism and fantasy to evoke atmosphere or emotions. Like Sebald’s Austerlitz, A Space Bounded by Shadows straddles the border between fiction and autobiography, complemented by photos, notes, documents, songs and poems and unpicking twentieth century history from the perspective of the “eternal stranger”, of migrants who have fled authoritarian regimes and now live, work and write in languages without childhoods.

Emine Sevgi Özdamar grew up in Istanbul, where she attended drama school. In the mid-seventies, she moved to Berlin and Paris and worked with directors Benno Besson, Matthias Langhoff and Claus Peymann, among others. She appeared in several films and has been writing plays, novels and short stories since 1982. She has received numerous awards for her work, including the Ingeborg Bachmann Prize in 1991 and the Kleist Prize in 2004. She lives in Berlin. A Space Bounded by Shadows can be considered the sum of her artistic work to date.