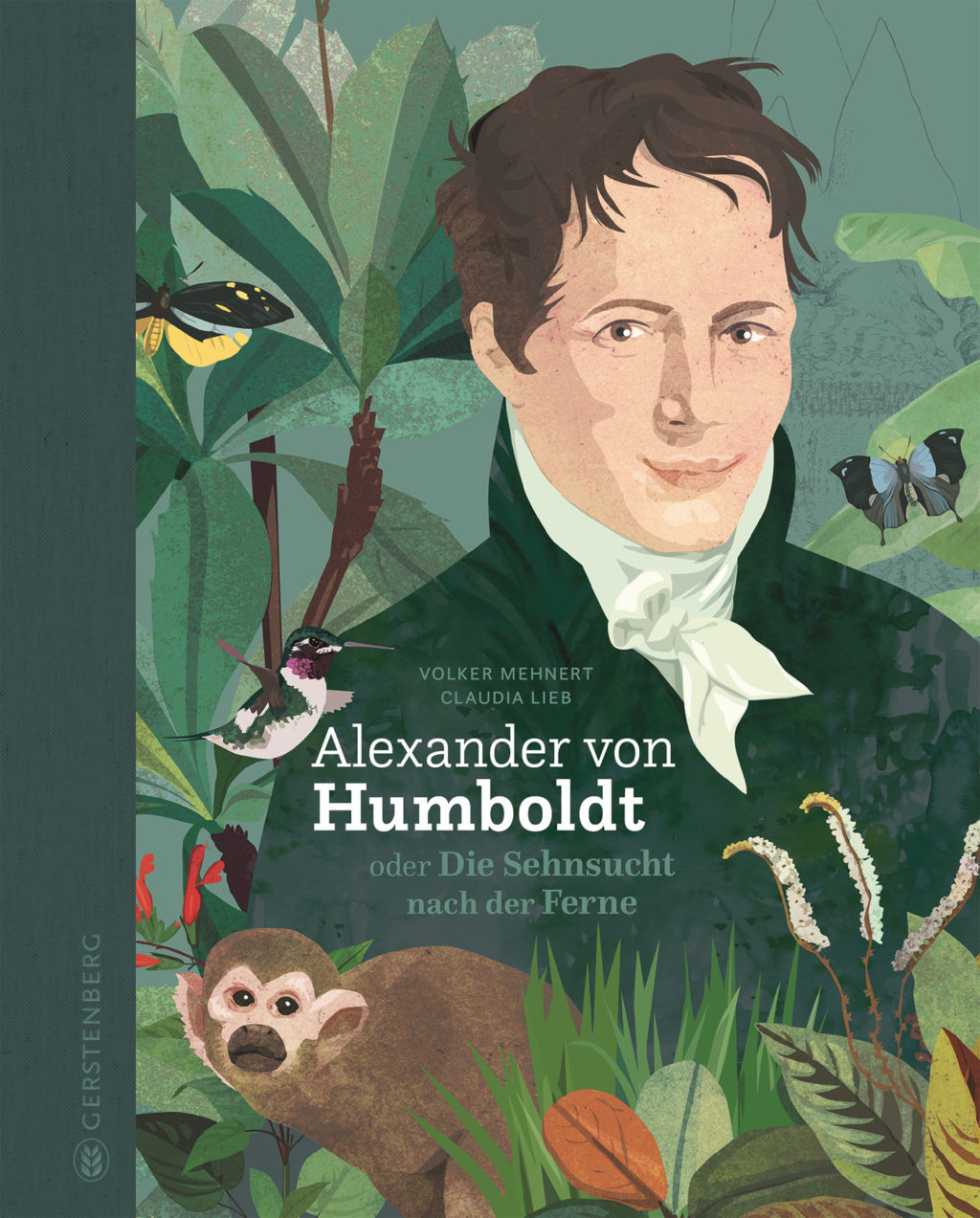 In his first publication for children, experienced travel writer Volker Mehnert tells the story of a man whose travels helped chart the globe: German explorer Alexander von Humboldt. Striking illustrations by Claudia Lieb add to the originality of a book that already stands out from the crowd.

After a brief account of his upbringing and education, the author follows Humboldt on his travels to South America, to unknown cultures and rainforests full of undiscovered plants and animal species. These South American adventures form the book’s main focus, although it also covers Humboldt’s visit to the USA, as well as his journey through Russia and his rise to fame back in Europe.

It is only once both his parents have died that Humboldt shakes off others’ expectations and follows his dreams by boarding a ship for South America in 1799. Accompanied by French botanist Aimé Bonpland his first stop is the island of Tenerife, where he climbs the Pico del Teide, one of many volcanoes he will scale. In Venezuela they travel along the Orinoco, exploring the rainforest with its abundant flora and fauna. Humboldt carries his scientific instruments with him everywhere and examines everything he sees. Discovering new waterways, he draws maps and makes notes he will use for his later works. Following these river journeys, Humboldt and his companion move on to explore the mountain regions of the Andes and then set sail again to visit North America. In Mexico, they learn a lot about the ancient cultures and current way of life of the people. After a year in Mexico and a second stopover in Cuba, Humboldt plans to visit President Jefferson and the new United States of America before returning to Europe in 1804.

Volker Mehnert’s book about Alexander von Humboldt is a beautiful bibliophile publication about one of the heroes of modern science. Recent non-fiction books by Andrea Wulf and Maren Meinhardt, as well as Daniel Kehlmann’s bestselling novel Measuring the World, have heralded a new wave of interest in Humboldt among the English-speaking public and Humboldt certainly merits rediscovery by readers young and old. Volker Mehnert writes in a clear and readable style that will engage young readers. His colourful descriptions and atmospheric writing will inspire readers everywhere.

Volker Mehnert was born in 1951 and spent many years living in Latin America, Eastern Europe and the US as a freelance travel writer and author. His travels early on led him to follow in Alexander von Humboldt’s footsteps.

Claudia Lieb (illustrator) studied communication design in Münster and at Hamburg University of Applied Sciences. She lives in Munich, where she works as an illustrator and graphic artist in a studio community.