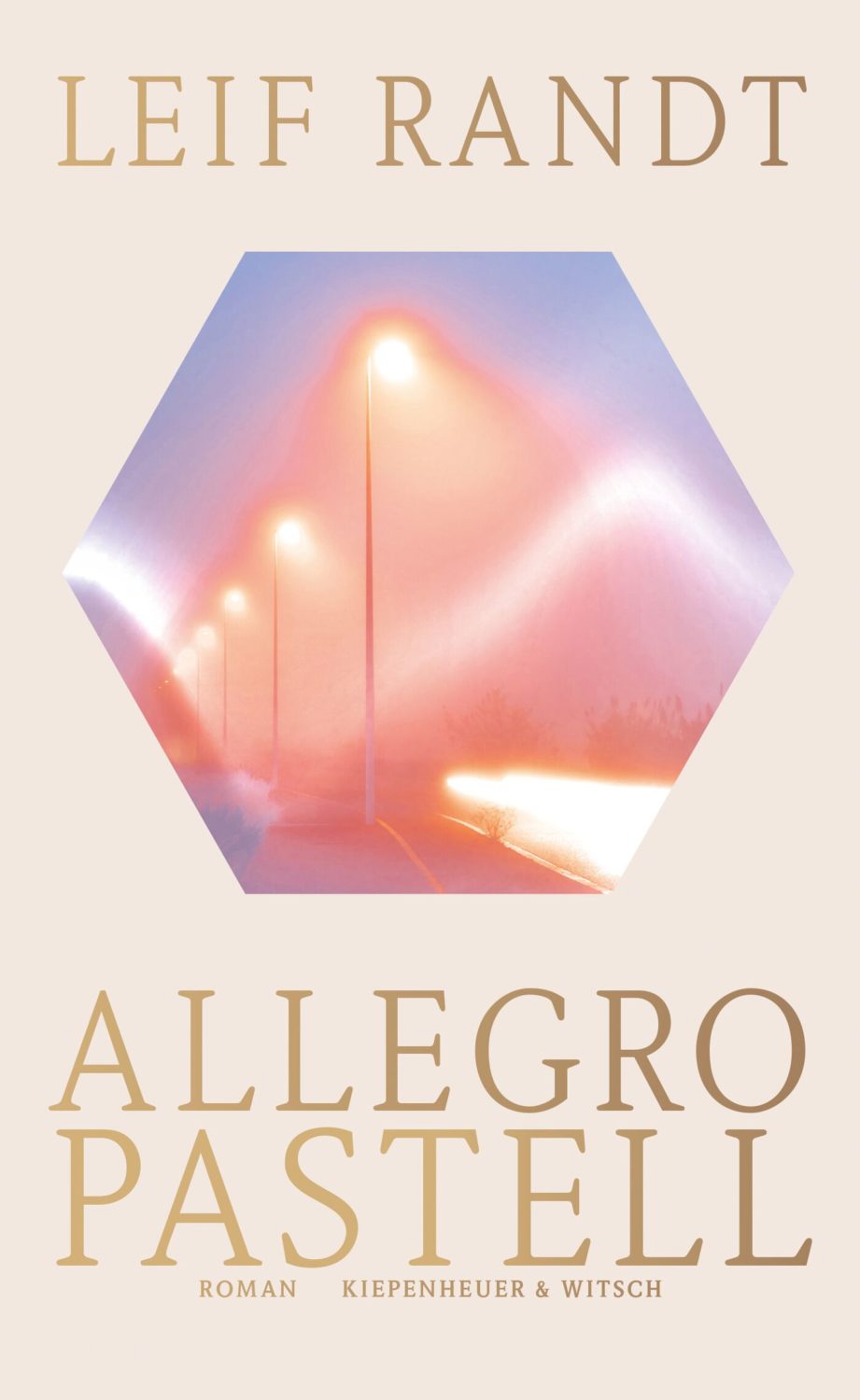 Allegro Pastel is an absorbing meditation on the nature of love in the twenty-first century, life after thirty, the danger of slipping into old patterns of behaviour, and what it means to be true to yourself.

The novel revolves around the long-distance relationship between cult author Tanja Arnheim, who is working on the follow-up to her successful debut in Berlin, and sought-after web designer Jerome Daimler. While Tanja and Jerome’s romance is at the heart of the narrative, the novel also focuses on the nature of human relationships in general, especially within and beyond the constraints of traditional societal norms. Questions of national identity, environmental responsibility, intergenerational change, familial ties and the suitability of our political and economic system in a century set to be defined by climate breakdown are all woven into the storyline.

The novel is split into three parts: ‘Phase One’, ‘Phase Two’ and ‘Phase New’. The three phases make up a calendar year and a complete cycle through the seasons, reflecting a corresponding evolution in Jerome’s sense of identity and his attitude towards relationships. The novel plays out against a backdrop of intense heat and weather, which seems strange and out of place, a reference to the surreal omnipresence of our changing climate.

Phase One focuses on the early days of Jerome and Tanja’s relationship, full of carefree, drug-fuelled parties where they are together yet not officially a couple, and evenings spent in silence, each comfortably absorbed in their own work. We are also introduced to key family members: Jerome’s father Jürgen, a vegetarian and master of online dating; Sarah, Tanja’s sister, who suffers from severe depression; and Ulla, Tanja’s mother, a psychiatrist. The subsequent phases of the novel chart the evolving relationships between Tanja and Jerome as a couple, as well as between them and the other characters.

Allegro Pastel has a minimalist, almost analytical style and the story unfolds in a mixture of prose and electronic communications, interspersed with the characters’ ironic commentary on hyper-modern words such as ‘psychohygiene’. The narrative contains a subtle layer of symbolism, with the story beginning in the first week after Easter Sunday, a time associated with new life and rebirth. There is a strong link between events and the weather, in which the sun and the rain mirror different stages of their affair. Leif Randt’s latest novel is a thought-provoking exploration of twenty-first century relationships with an appealing Berlin setting.

The author has won the Mörike Prize of the City of Fellbach 2021. You can read more about this here (in German).

Leif Randt, born in Frankfurt am Main in 1983, is a German author whose books to date include the utopian Planet Magnon (2015), Schimmernder Dunst Über Coby County (2011) and the London-based novel Leuchtspielhaus (2009). He has received the Erich Fried Prize (2016) for his work and completed residencies in Japan (2016) and Ireland (2019). In 2017, he became co-curator of the PDF and video label Tegel Media (tegelmedia.net).