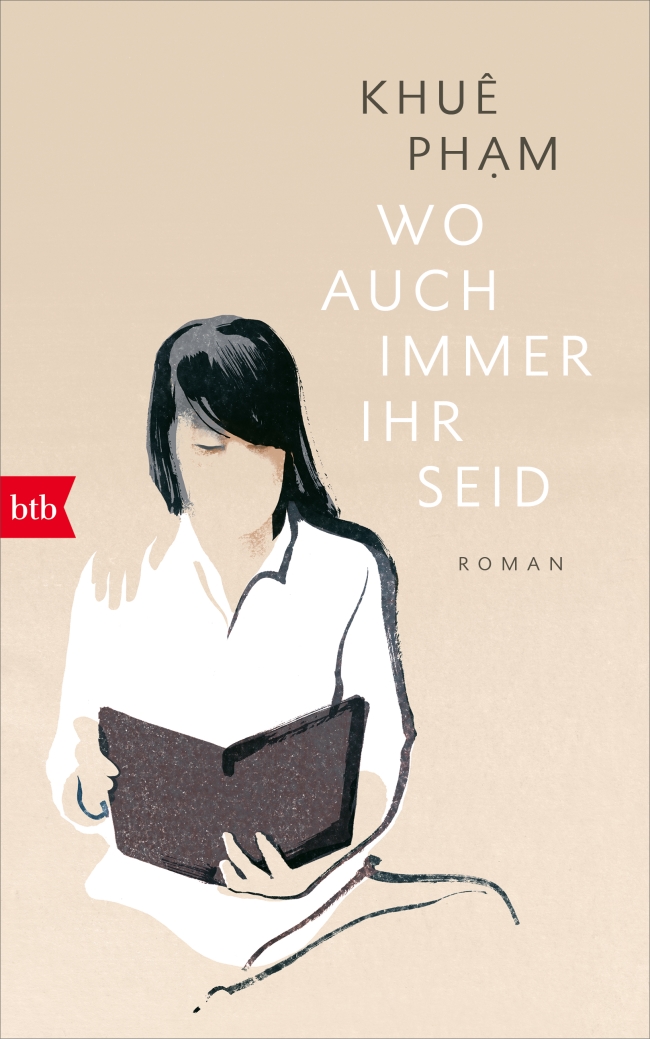 Intriguing, immediate and occasionally harrowing, Brothers and Ghosts by Khuê Phạm is a moving tale of exile, identity and self-discovery. Focussing on first and second-generation Vietnamese emigrants, the novel should appeal to fans of Chimamanda Ngozi Adichie’s Americanah.

Kiều Nguyễn is thirty years old. Born to Vietnamese parents who emigrated (separately) to Berlin in the sixties, Kiều has never had any interest in her Vietnamese roots. Yet while her parents have worked hard to establish the trappings of a middle-class German family life – from a BMW in the garage to the perfect Christmas tree – she’s never quite felt fully German either.

However, Kiều’s interest is piqued when her Uncle Sơn – who lives in California, like most of Kiều’s extended family – gets in touch out of the blue. Sơn phones to tell Minh that their mother is on her deathbed. When she dies, Minh (Kiều’s father) is reluctantly persuaded to attend the reading of the will, and Kiều agrees to join her parents on the trip.

The novel is structured in alternating chapters, titled Kiều, Minh and Sơn. In Kiều’s own chapters she narrates the events of the present day from her own perspective. In the others Kiều uses the third person to tell the very different stories of how her father and her uncle left Vietnam for the west. Through detailed flashbacks, these chapters are set against the historical events of the last decade of the Vietnam War.

Strongly academic, the young Minh receives a scholarship to study medicine in Germany, leaving Vietnam in 1968 after the Tet Offensive. Originally a strict supporter of the Southern Vietnam cause, he falls in love with Hoa: a fellow student in Germany, and an activist for the plight of the Vietnamese after the My Lai massacre of 1968. Hoa supports Minh as he struggles to integrate into German life, and he too becomes an activist.

Meanwhile, Sơn decides to flee Vietnam with his female friend, Mai in 1979. They are smuggled out of Vietnam to Thailand via Cambodia where Mai is captured by the Khmer Rouge and subsequently rescued. Eventually they make it to California.

Back in the present day, Sơn and Mai reunite their alienated siblings. On the day of the will reading, the family discovers a secret that their mother had kept her entire life. Inspired by her grandmother’s secret, as well as the experiences of her father and uncle and of the strong women who ultimately become their wives, Kiều makes a life-changing decision.

In an increasingly global society, where people continue to be displaced, this novel movingly foregrounds the importance of having a deep connection to one’s roots and cultural origins, wherever one might be in the world.

Khuê Phạm is an award-winning Vietnamese-German writer. A graduate from the LSE, she has contributed to the Guardian and NPR before becoming an editor at the renowned German weekly Die ZEIT. Interested in pop culture and politics, she has interviewed Anna Wintour, but has also co-written an investigation into the Essex lorry deaths, that earned her the nomination for Germany’s version of the Pulitzer Prize. In 2012, she co-wrote a non-fiction book about second generation immigrants in Germany. In 2021, she published her first novel Brothers and Ghosts, which is inspired by the story of her Vietnamese family. It was recommended by the international jury of ‘New Books in German’ in their fall ’21 selection, and was chosen for a highly coveted book presentation at this year’s Berlinale film festival.