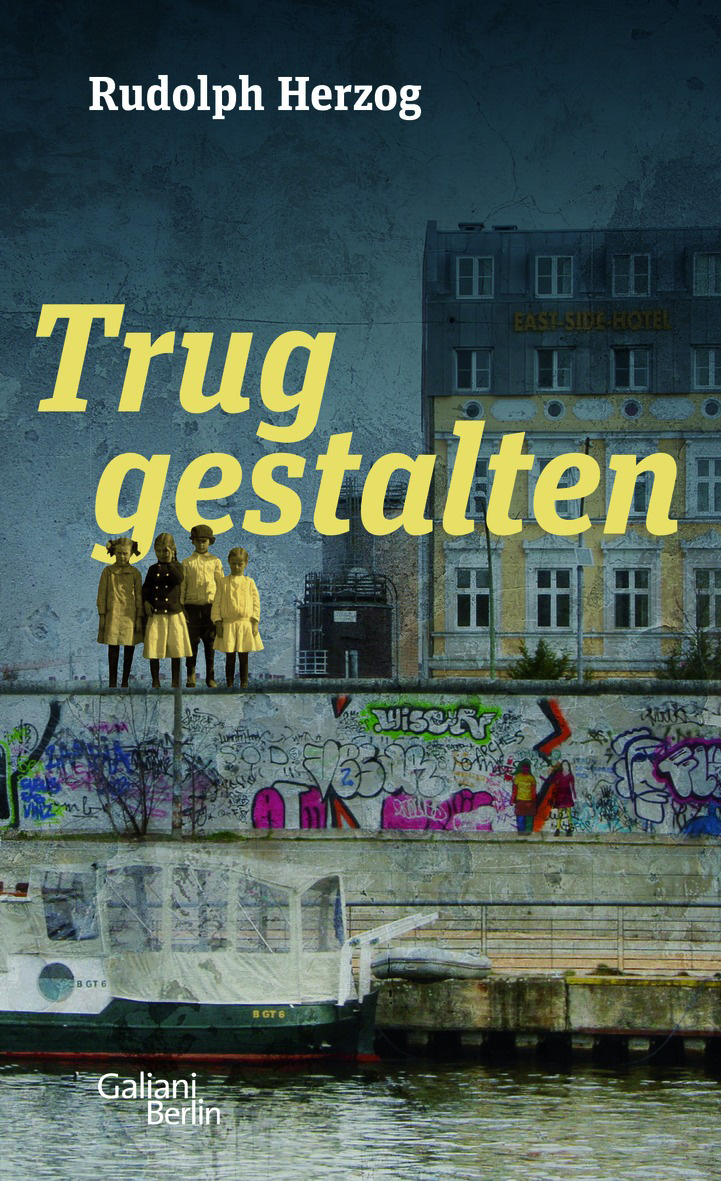 Ghosts haunt a set of Berliners in this highly enjoyable and genuinely frightening short story collection.

In his first volume of interlocking short stories, Herzog portrays Berlin in all its multifaceted glory. His protagonists – a successful business man, a start-up manager, a Greek engineer looking for work, a young American artist staying in town for an undetermined period of time – reflect the city’s present. The spirits they encounter, on the other hand, reflect its past. The ghost of a young GDR border guard makes an appearance. He was shot by someone trying to escape East Germany via a tunnel underneath the Berlin Wall.

These ghosts are not the benevolent type. Spots of blood appear on apartment floors, fevered dreams plague the city dwellers, and nothing is as it seems. Herzog has produced gripping, unabashedly frightening tales. In the second of seven stories, start-up manager Björn suddenly has to leave town for work. In his absence, his five-year-old daughter Alena swallows a large button and is temporarily in mortal danger. When Björn questions her, she claims that a mysterious lady had told her to swallow it. Further research reveals that the house the family live in used to be an asylum for the insane, their flat an isolation unit, and Alena’s room a morgue. The chills spread as we learn that Alena’s drawings resemble a historic daguerreotype of Agnes Schildhof, a suffragette who committed suicide right there. She had killed herself by ingesting her sewing kit, among it a large button…

Herzog, a filmmaker and the author of two non-fiction books (A Short History of Nuclear Folly, 2013, and Dead Funny, 2011, both published in English translation by Melville House) brings an eye for the absurd and uncanny to his debut collection. He portrays a Berlin that we are all familiar with, the epitome of the hip, young metropolis. But underneath it, the past lies in wait – in this case, literally. By framing this conflict as an encounter with ghosts, Herzog has chosen a unique way to portray the city’s rich and difficult history. Here, being haunted by the past is not a nostalgic endeavour, but a genuinely creepy, unsettling experience.

Rudolph Herzog is an author and director who made an international name for himself with his series The Heist (2004). Since then, he has made over a dozen documentaries for ARD, ZDF, arte, National Geographic and the BBC. His book Heil Hitler, das Schwein ist tot! (‘Heil Hitler, the pig is dead!’), with its reflections on humour in the Third Reich, received wide media coverage and The Atlantic magazine chose it as one of its books of the year.