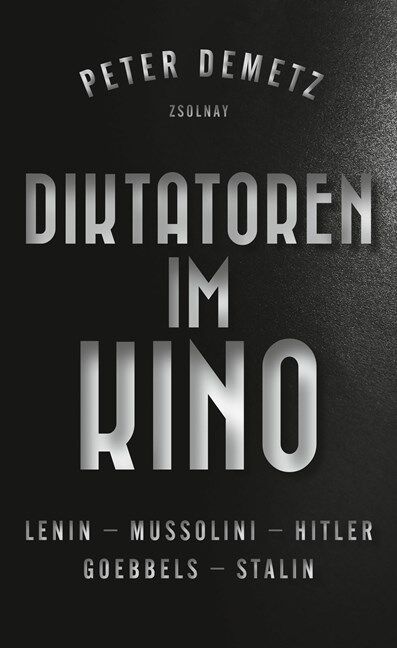 Peter Demetz’s book presents five twentieth-century dictators and their relationship with films and the film industries, both in their home countries and internationally. It will appeal to anyone interested in dictator biography as well as the history of European film.

The introduction sets the cinematic scene with a vivid picture of a very young Demetz – now a distinguished American scholar – going to the cinema in the Czechoslovakian town of Brünn (Brno) during the 1930s. He watched many imported international films as they came out, including those by Chaplin and the Marx brothers, and his cinema-going was an escape during dark times. The book goes on to devote one section to each dictator, tracing the respective dictator’s formative relationship with literature, art, and film from childhood into early adulthood, as well as his intellectual background and rise to power.

Lenin realised that in a country with high illiteracy rates, it was film that had the potential to educate workers about labour and the revolution, and he sent ‘agit-trains’ into the provinces with mobile cinemas. Mussolini was mainly interested in film as a tool for education and propaganda, which included projecting his own image as a national hero, busy statesman and family man. Feature films presented the Italian past as a model of the fascist present and its Herculean heroes as anticipations of Mussolini. Hitler liked to see himself represented in films and Demetz describes how Leni Riefenstahl, with her romantic, anachronistic style, became Hitler’s favourite Nazi-party filmmaker. Whereas Mussolini delegated tasks related to the film industry, preferring a merely ceremonial role, Hitler was heavily involved in film production.

Stalin took state control to the next level, educating his filmmakers in how to display Soviet reality in all its diversity. Demetz details Stalin’s fraught relationship with Sergei Eisenstein; Stalin insisted on re-writes and forced Eisenstein to apologise publicly for his ‘subjective vices’. Stalin was behind a series of films which glorified his own autarchy and chose which actors would play himself.

This fascinating book successfully explores the connections between the different dictators’ approaches to film and identifies links between films and film professionals across the dictatorial spectrum. An illuminating and rewarding read.

Peter Demetz, born in Prague in 1922, fled to the West in 1948. He completed doctorates in both Prague and Yale, where he taught German and Comparative Literature until his retirement.