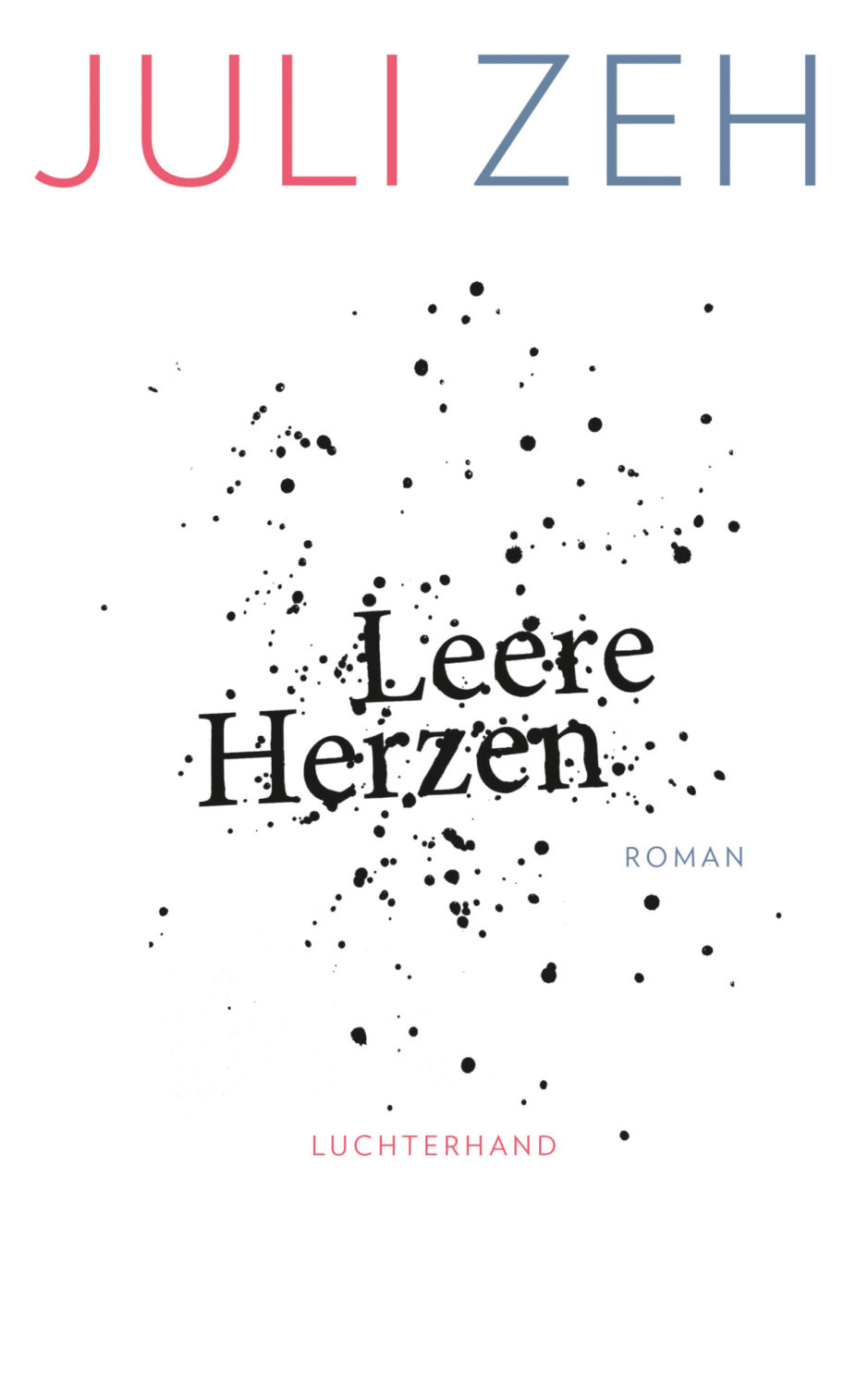 Juli Zeh’s latest novel is a political and psychological thriller with highly topical themes. Set in 2022, it takes place in an era after Trump, Brexit, Frexit, a global financial crisis, armed conflict, mass migration and the triumph of an ultrapopulist movement in Germany.

While Germany’s new government is busy dismantling democracy, protagonist Britta and her peers have given up the vision of a better future and decided to optimise their personal lives and careers. Taking the pragmatic approach of paying as little attention as possible to the world, Britta focuses on managing her immaculate home and successful business with maximum efficiency. As far as the outside world is concerned, she runs a walk-in clinic for suicide prevention, but the reality is somewhat different. Linking supply with demand, ‘The Bridge’ connects people committed to ending their lives with terrorist organisations seeking candidates for suicide bombing missions. A computer  programme designed by Babak, Britta’s sole employee, data-mines to locate potential candidates for the programme, and Britta then subjects them to a series of rigorous tests to assess the strength of their suicidal tendencies. Many fail the tests and return to their lives with new enthusiasm; the remainder are given the opportunity to die a useful death.

Britta acts as the broker, selling candidates to whichever extremist organisations express an interest. The efficiency of the arrangement suits everyone and even the authorities refrain from intervening. Britta’s company has stabilised the sector and decreased the casualty rate. Terrorism almost never takes place without Britta’s services – which is why news of a thwarted suicide attack in Leipzig comes as a shock. When The Bridge’s candidate database is stolen, Britta and Babak go into hiding with their newest suicide recruit, a young woman called Julietta. Afraid for the first time, Britta loses control of herself and the situation, until a confrontation with Julietta – with whom she has developed a bond – causes her to reassess her priorities.

In Empty Hearts, as in her previous fiction, Zeh examines ‘big’ themes and weaves them into a pacey narrative with plenty of psychological drama, suspense and black humour. The ‘Empty Hearts’ of the title refers to a terrorist organisation and a pop song about suicide, but also to a generation disillusioned by the apparent defeat of old ideals. Zeh’s appealing narrative style is full of metaphor and imaginative language and makes effective use of irony. Zeh blends a suspenseful plot with an exploration of morality and politics, finding new ways to examine the age-old question of whether political violence is ever justified.