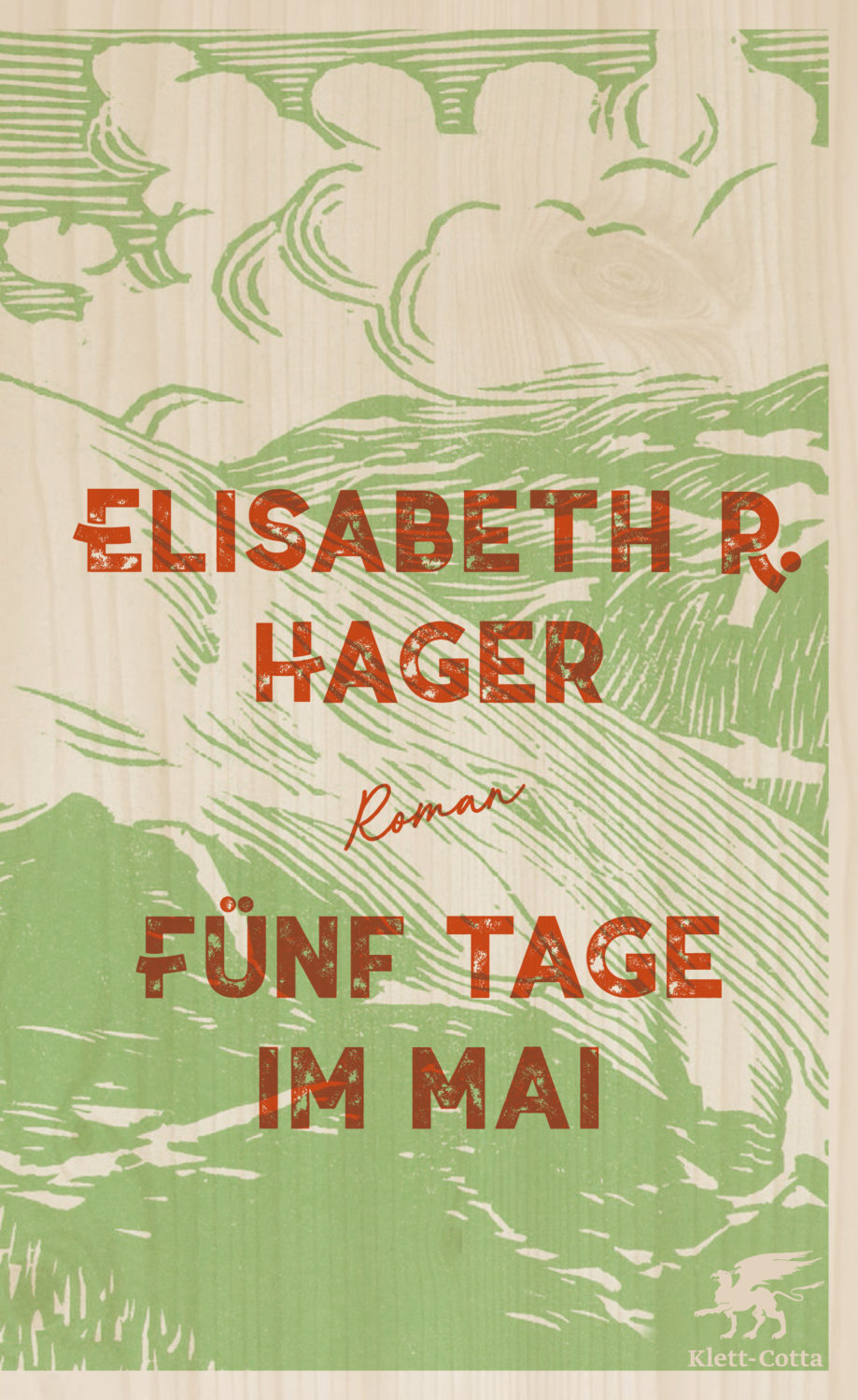 Five Days in May follows the formative years of Illy, a young girl living in a village in Tyrol who shares a close relationship with her great-grandfather. The novel delivers a unique and sensitive portrayal of their relationship, which is a source of unconditional support in Illy’s life.

The events of the novel take place across five different days in May, over two decades, beginning with Illy’s first communion and ending with her greatgrandfather’s funeral. In May 1986, as she waits to take part in her first communion in the village church, Illy is overcome with nausea. She runs from the pews and her great-grandfather, Tat’ka, takes her outside to recover. Tat’ka is in his mid-eighties, a gruff, no-nonsense character and the self-proclaimed last cooper in Tyrol, spending most days working on barrels in his workshop.

The second of the five days, in 1996, sees the teenage Illy sneaking out to drink and smoke with a friend and encountering Tristan, a troubled local youth. Despite her parents’ disapproval, Illy embarks upon a doomed relationship with Tristan. The story then moves on to two years later, when Illy is tiring of the relationship and exasperated by Tristan’s bouts of drink-fuelled violence. The pair separate and Tristan becomes increasingly abusive towards Illy, harassing her with endless phone calls. He finally commits suicide by stepping in front of a train, leaving Illy consumed by guilt. The fourth day is in May 2004, as Illy is returning to Tyrol from Marseille after spending several years away nursing the wounds from her time in the village. As ever, Tat’ka comforts Illy, telling her of his former love, Ursel, whom he had planned to marry before she died in a boating accident. Illy realises that Tat’ka has always carried the guilt for her death but has not let it stop him from living a full life.

The fifth day takes place three days afterwards, on 18 May 2004. Tat’ka has died and his family have gathered for his funeral on what would have been his one-hundredth birthday. Illy delivers the eulogy and, inspired by Tat’ka, visits Tristan’s grave at the cemetery for the first time. When Illy and her parents return home, she discovers that Tat’ka has left her his house.

Five Days in May is a charming, engrossing and often moving read that will appeal to readers of Dörte Hansen and Robert Seethaler. Elisabeth R. Hager demonstrates great mastery of her subject matter in an accessible style and with marvellous attention to detail.

Elisabeth R. Hager, born in 1981, is an author, sound artist and cultural mediator. She works in the editorial department for radio art at Deutschlandfunk Kultur. She was awarded the Hilde-Zach literature grant 2018 by the city of Innsbruck for an extract of Fünf Tage im Mai. She lives between New Zealand, Berlin and Tyrol with her husband and daughter.