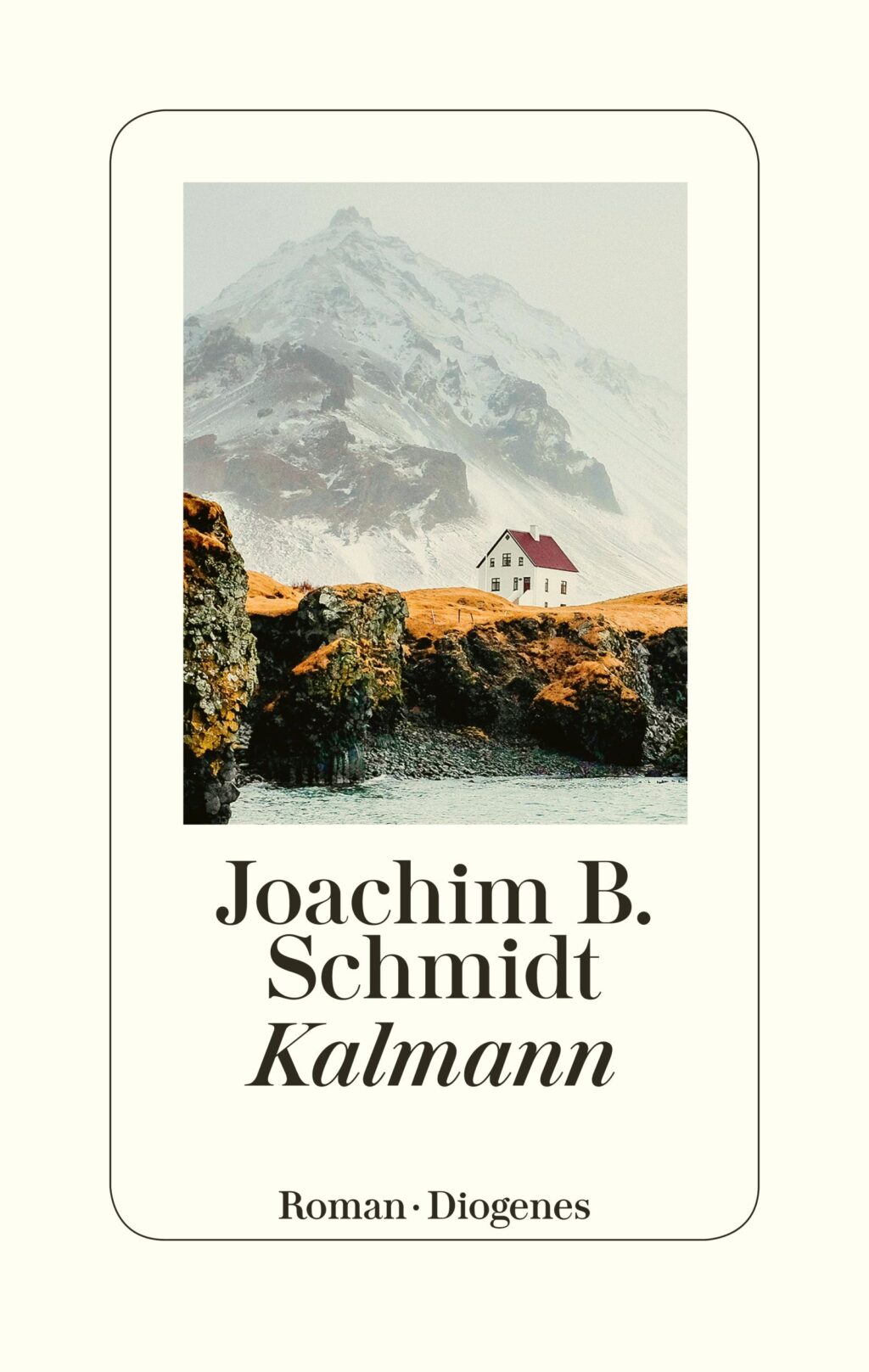 by Joachim B. Schmidt
Diogenes Verlag
August 2020 / 352pp
Fiction
Download this page as a PDF

Described by the publisher as ‘if the Coen brothers had written Forrest Gump’, this atmospheric crime thriller is set in the remote northern peninsula of Raufarhöfn, Iceland.

The book is narrated by Kalmann, a thirty-four-year-old neurodiverse man, who often has an innocent and literal interpretation of events and relationships. The author uses a combination of simple language and rather stilted, formal expression which skilfully and successfully conveys his unconventional way of seeing the world. When Kalmann finds a pool of blood up in the hills outside the small village of Raufarhöfn and local bigwig Robert McKenzie goes missing at the same time, the hunt is on to find McKenzie’s body and his murderer.

Kalmann is a hunter and fisherman of Greenland shark, used to make the traditional Icelandic speciality of hákarl, or fermented shark. Brought up by his grandfather, he’s tolerated in the village but also mocked for his idiosyncrasies, including the fact he fancies himself as the local Sheriff and carries a Mauser gun. We learn that he has violent outbursts, throwing things and self-harming. Robert McKenzie occupies a very different position in the community: he is a rich man who owns the local Hotel Arctica and started building the unfinished Arctic Circle Village. He is thought to be involved in shady dealings, possibly drug-related, and has some significant enemies. We discover the extent of his power over the villagers’ lives and livelihoods when we find out he has sold off fishing quotas, leading to the collapse of the fishing industry in the village.

In a macabre turn of events, McKenzie’s hand is discovered in the belly of a shark that Kalmann brings in. Birna, the investigating police officer, inspects the barrels containing chunks of horse flesh used by Kalmann for bait. The book’s dramatic final scenes alternate between the present – when Kalmann and Birna revisit the location of the blood, a polar bear appears, and Birna is saved by Kalmann’s skill with the gun – and Kalmann’s memory of meeting McKenzie there, where the latter shoots himself with Kalmann’s gun. Kalmann is fêted as a hero for saving Birna and we can guess what happened to McKenzie’s body when his left hand is sunk down on a hook for bait during Kalmann’s last fishing trip.

Kalmann is a remarkable portrayal of a remote Icelandic community and the devastating impact of the decline of the herring and fishing industries. The tensions between this rural community and the latte-drinking townies of Reykjavík are sensitively depicted, as well as hostility and racism towards the Eastern European migrant workers. Joachim B. Schmidt – who lives in Reykjavík – has produced a suspenseful thriller with a diverse cast of well-drawn characters whose lives are subject to the conditions of the savagely beautiful Icelandic landscape.

Joachim B. Schmidt, born in Grisons, Switzerland in 1981, is a journalist and the author of three novels and numerous short stories. He emigrated to Iceland in 2007, where he lives with his family in Reykjavík and works as a tour guide.