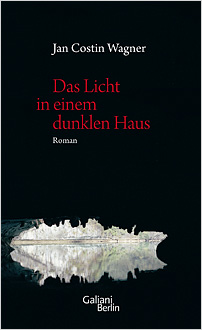 The Winter of the Lions, the third in Wagner’s crime series set in Finland and featuring Detective Kimmo Joentaa, was recently praised by the Financial Times for its ‘spare, stark outlining of motives and events’, and described as ‘snow-noir of the highest order’.

In Light in a Dark House a woman is found in a coma at the roadside on Joentaa’s patch, and dies later in hospital. Who was she, and how exactly does her murder link up with several killings around the small town of Karjasaari? Joentaa is working once again with Westerberg of the Helsinki police and his keen new sidekick Seppo. It all goes back to a gang rape witnessed in 1985 by a halfcomprehending twelve-year-old schoolboy, whose diary entries of the time are interleaved in the novel with the police investigations of 2010. Now the men and youths who took part in the rape are being picked off in turn by a ruthlessly determined killer. Meanwhile the new woman in Kimmo Joentaa’s life, the mysterious prostitute Larissa, has disappeared, keeping in touch only through occasional laconic email messages.

A satisfying page-turner full of suspense.

Jan Costin Wagner was born in 1972 and now lives as a freelance writer and musician near Frankfurt am Main and in Finland. His novels have been awarded numerous prizes, including the German Crime Fiction Prize and the Marlowe Prize, and have been nominated for the Los Angeles Times Book Prize. They have been translated into fourteen languages. The novel Das Schweigen was filmed for the cinema in 2010.
www.jan-costin-wagner.de