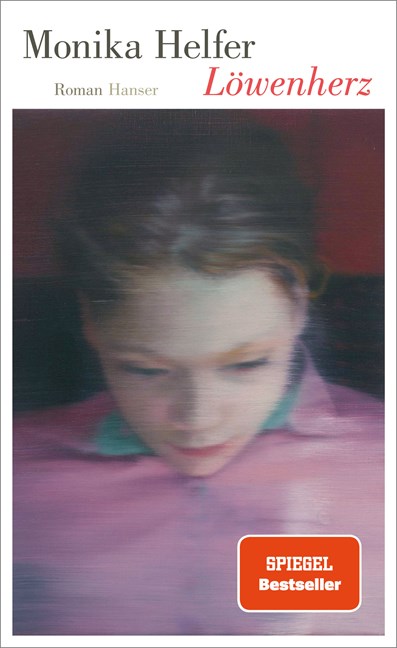 Lionheart, by the award-winning author Monika Helfer, is a rich novella based around the life of the author’s brother, Richard. Eschewing sentimentality, the book paints an absorbing picture of a remarkable and yet very ordinary man.

Richard – the ‘Lionheart’ of the book’s title – is a typesetter by trade and an artist in his spare time. A drifter, inseparable from his canine companion Schamasch, Richard lives very much for the moment, showing little interest in the material aspects of life.

A turning point comes when he embarks on a chance affair with the manipulative Kitti. The affair soon fizzles out, but she pressures him into looking after the elder of her two girls, ‘Putzi’, for a few weeks. Richard is more than happy to do so – he loves Putzi and she adores him, even going so far as to call him ‘Dad’.

The weeks become months and Kitti seems to have vanished. Richard’s new girlfriend, Tanja, is a lawyer and tries to make the relationship official by beginning the process of adoption. But after she finally tracks down Putzi’s mother, the plan is stopped in its tracks; Kitti arrives unexpectedly with two burly looking men and snatches the girl away.

Richard – who has already lost his beloved Schamasch to an accident – is distraught. He never recovers from the loss, and later takes his own life.

Helfer’s writing is restrained, making effective use of repetition, and her ironic tone often leans towards black humour. The novella’s richness also comes from its construction; the reader knows from the start that Richard will die young. Helfer blurs the boundaries between fact and fiction, appearing both as a character and as a narrator in the book. She regularly interrupts the flow of events to ask her husband his opinion – his view of what she’s written so far, for example, or whether she should describe a sex scene between Richard and Tanja.

Lionheart is the final volume in Monika Helfer’s literary trilogy about her family (the first volume, The Baggage, was recently acquired by Bloomsbury), but works well as a stand-alone read. This tender and laconic novella will appeal to fans of Birgit Vanderbeke and is a remarkable book by an author at the top of her game.

Monika Helfer was born in 1947 in Au in the Bregenz Forest, and lives with her family in the Vorarlberg region of Austria, working as a writer. She has published numerous novels, short stories and children’s books. Her works have received numerous distinctions, including the Robert Musil Stipend, the Austrian Prize for Literature and the Solothurner Literature Prize. She received the 2021 Schubart Literature Prize of the city of Aalen for her novel Die Bagage (2020). Her most recent publication with Hanser is the novel Vati (2021).