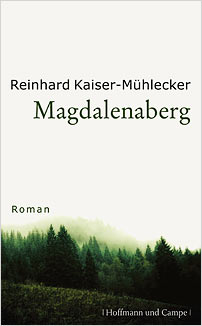 In a work of incredible maturity for a twenty-something author, the reader is treated to writing of beautiful intensity, tranquillity, and a stillness that goes against the grain.

As the third anniversary of his brother’s accidental death approaches, the narrator – Joseph Wagenburg, a young man in his mid-thirties – is able at last to write something about Wilhelm’s death at the age of twenty-nine, hit by a tram in Vienna in 2005. The text also addresses the break-up of the narrator’s two-year relationship at that time with Katharina, the object of the affections of Joseph’s oldest friend, as well. The relationship with Katharina had begun on the day that Joseph decided to end a relationship with Lisa, the young woman over whom the two brothers had previously become estranged. She had challenged him on this lack of rapport with his brother and his empty notebook.

Place is important in this work. Wilhelm, a painter, moves to Vienna to study and later live, while Joseph studies in Graz. It is Joseph who returns to Pettenbach to visit his parents on the family farm – and his favourite spot on Magdalena Hill. Tragically, however, he is not to inherit the farm.

Reinhard Kaiser-Mühlecker was born in Kirchdorf an der Krems, Austria, in 1982 and grew up on his parents’ farm in Eberstalzell, Upper Austria. He studied agriculture, history and international development in Vienna. His debut novel Der lange Gang über die Stationen was published in 2008 and won its author the Jürgen Ponto Literature Prize and the Hermann Lenz bursary.